As the tension of that single moment builds, Malerre weights his options. Can he bring himself to betray Cinder? Dare he strike at the Emperor? 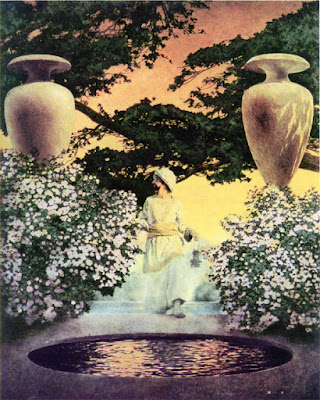 Behind the dais, in a secret room, Cinder looks on and casts her mind back.


With the others readying for battle, she tried to keep her head down, but was intrigued by the chaos in the camp which  must have been caused by the slaying of The Oracles.

She finds herself alone with The Emperor in his tent – her very presence seems to revitalise him and bring him back from the brink of death.  He brings her into his counsel and is impressed with Cinder's wisdom and insight. Whether or not she feel the same way, he is entirely smitten with her.

Above them all crouches Jasner, the Swordmaster.


After the treaty with Zirg he's gone back to the nearby city of Tahirn where The Emperor has serious questions for Malerre.
Cinder is well ensnared in the Emperor’s counsel, and Jasner has used his knack of keeping below their notice to scout out ways of fighting their way out if The Emperor turns on his companions.  He sucker punches a few guards and climb into a cubby hole which brings him to a small window overlooking the throne room. It’s too small to bring his terrifying weapon of war in there, but otherwise he's ok.

Jasner is a veteran from Malerre's warband. He was the last survivor of another troop - their leader, Juk left them all to die in the far north, and that grudge dies hard. His most unexpected possession are his high cavalry boots, they are remarkable, incredibly comfortable and probably should be in tatters by now. He finds solace in good food (hard to find on the road or in an army) and the simple purity of innocence (like children playing, or animals).

Given that he's relatively new, his relationship with the rest of the war-band is unusual. He has their respect and trust, mostly because of his veteran status, but they don't particularly like him. They definitely know he's not better than them; and he's made an example of a few of them on the trail for being cruel to their mounts.


Behind the Emperor, Cinder reads Malerre from the secret room. She feels his terror, and knows that he intends to tell the truth to save himself (and then blagg his way out). He wishes she'd never been born - life was simple before she entered his.

As he opens his mouth, compelled to answer, Cinder opens the hidden door and walks in. The Emperor seems almost disappointed that he wasn't able to torture Malerre some more.

From on high, Jasner grasps outwards, but as soon as he regards the Emperor, burning eyes fix on him and he feels the Oracles trace his bloodline from his birthplace all the way here. The Emperor turns to him, pointing him out to the guards and he is brought forth and disarmed.

The Emperor tells them what he wants of them: he wants them to take four acolytes from the Temple of Rania, and to ensure that it carries on as normal otherwise.
Cinder is deeply uncomfortable with this suggestion, but her attempt at seduction falls flat and he is colder. He speaks directly to Malerre, offering reinforcements and a Duchy across the mountains under his protection to the Wolfshead. They leave the throne room, to discuss the offer amongst themselves...

...which quickly descends into a rambling discussion weighing up greater and lesser evils.

Cinder casts outwards, seeking any advice on the situation from the Mountain. She tries to turn to face the mountain, but the entire world seems to shake as she does and she can hear the Mountain rattling, as if there is a rockfall. She even sees a hint of glowing light in her peripheral vision, as if it's on fire, before her vision is slammed back around front and forward. She feels a trickle of blood cross her cheek and she is shocked - the Mountain has never harmed her before.

It tells her that she must destroy the Emperor - if she doesn't stop him now she will never be able to.

Cinder returns to the Emperor that night to ask serious questions about the Oracles.
He tells here that their wills must be suborned to his - they cannot merely cooperate with him. Only those from the desert are fit for purpose, as they have been deeply damaged by the howling maelstrom - unlike those who were born and live in the Empire.

She is confused as her entire position is turned by this man's raw and forceful personality. Her disquiet is soothed only by his promise that he will cross the mountains himself if Malerre misbehaves.

She had wanted to bring the entire Temple here to help him, but if there cannot be a peaceful solution, she is still resolved to betray him.