Jack the Crooked and Tess the Spooky meet up for a coffee. Jack doesn't feel safe unburdening herself to Earl Snr. or David, but her close cousin will understand. She feels just about strong enough to tell her about Sofia - maybe it's the time and distance between that encounter at the restaurant.

She tries to explain how she became 'beholden by accident' but truth is she put herself in a dangerous position and couldn't talk her way out of it. She'd persuaded herself it would work out, but now that she knows that the rest of the guys are intending on hunting Velasco, she knows she's messed up. If they hunt him, they'll end up hurt or dead. 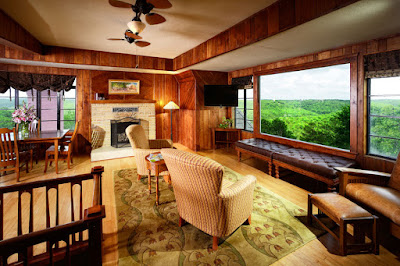 Tess concentrates on Jack, holding her cousin's head gently to attune to the connection between her and Sofia. It's mid-morning, so they're hoping that whatever they discover will give them enough time to intervene.

It's painful for Jack, like someone's digging into her brain, though Tess doesn't pry into all the private stuff in there. She just follows the strain connecting her soul to Sofia. Leading her all the way to the Peabody Hotel in Monroe, just across the road from the County Hall. Tess also gets a sense of what she's planning next, sending a new pack of werewolves into Grand Falls to help take control.

They leave a note for Earl Snr. with a friend in town, just in things go pear-shaped. Both to explain what they're up to and to apologize for the mess. They leave for Monroe, dressed in gym gear and with their heavy-gear stowed under a spare hoody in a big gym bag.

They know they'd better actually put some time in the gym, for best cover story. They bump into Miriam Franks, who they know from the park service up in Grand Falls. She's working out seriously, but stops when she notices them. She's friendly with Jack, but treats Tess with caution (she's heard plenty of weird stories about her).

She's staying here and doing the long commute for a week or so while her place is being fumigated. It sucks, but what can you do. They chit-chat a little bit more; about the park - Miriam's surprised that the change on that trail went through the council so quickly, it doesn't usually work that way (quick change for actual good policy); and a little bit about goths, even they grow older - she jokes that she thought Tess was still 17 (or a Vampire!).

They finish up after doing half an hour (Tess isn't really up for a full work out anyway!) They head up to the penthouse suite on the 4th floor, but get out on the 3rd (they don't have the key card to get them up to the top floor anyway), and make their way to the back stairwell.

There, they put on those spare hoodies, and don sunglasses and a baseball cap. They're doing their best to not get caught for whatever carnage they cause upstairs.

Listening at the door, they don't hear anything, so Jack opens it using the card spoofer she has that works just-so on most hotel doors. The main room of the suite seems empty, there's a room service trolley in the corner just inside the door. But as they enter they spot a snoozing Ocho on the couch alongside the heavily curtained window.

There's a long moment of disquiet and confusion between Jack and Tess. Their plan might've covered some eventualities, but still Tess pauses as she starts the walk over to Ocho with her fire axe. Actually murdering someone in cold blood like this - someone who's been mesmerised just like Jack.

To their left is the master bedroom, but for some reason they reckon Sofia won't be in there. The spare room alongside the bathroom is where they'll find her. They see a key ring on the central table, a brash set belonging to a pick-up, they'll find a werewolf or three in the main bedroom.

Caught between three fires, and with Jack realising that Sofia will know she was here one way or the other, their pre-planning runs out of road and they lose their cool. Jack walks over to Ocho and pulls the trigger of her shotgun in his face.

It's either not loaded, or Earl Snr. made it safe behind her back! The thought goes through her mind about the same time as the butt of the shotgun slams into her nose. Ocho is on his feet, having woken up, taken the weapon out of her hand and gone into action in a split second. In the time it takes Ocho to turn the gun around, Jack gets out her backup .38 and shoots into his chest. He makes the same mistake as her though, and when he goes to shoot her back nothing happens, and he collapses back to sit on the couch.

Tess runs for the side bedroom, to confront Sofia with her power, and/or the axe! Sofia's there alright, standing in the middle of the room, feeding on a young bellboy. Her eyes glance up at Tess, but she's in the middle of drinking and she's not afraid of Tess.

Tess runs at her swing the heavy fire-axe and Sofia steps to one side, and the axe slams into the bellboy's neck, killing him instantly. Sofia is next to her impossibly quickly and is at her neck, drinking deeply from her.

Tess is caught, and can't use the fire-axe at this kind of range effectively. So she reaches out with her power, opening the heavy curtains to shine the sunlight directly upon Sofia! It doesn't open all the way, but it's enough to startle Sofia into releasing her and she leaps backwards (they both do).

Tess is feeling sore now, still not fully recovered from the last few hunts and now with blood loss to worry about. She swings the axe at Sofia, not really trying to connect, but just force the vampire back into the sunlight. She gets the axe-head to bite deeply and in the sunlight it feels different, like it really hurt her. In return she gets a wicked set of nails raked across her face.

Outside Jack points the gun at her old friend. She doesn't want to kill him, so she tells him that she wants to give him a way out. He struggles with it, but she pushes - they're killing Sofia, there's nothing he can do to stop it and if he leaves now he'll be glad. He glances at a gym bag alongside the room service trolley and asks her if he can take that on the way out. She nods and he runs for it.

Tess' perceptions are starting to shift. Using so much power, relying so much on her innate destiny isn't a good idea. Her view of Sofia starts to change, and the sunlight darkens into complete shadow. Her mother stands before her now, whispering to her that "it'll be..."
but Tess' axe cuts her words off, along with her head. It all shatters into shadows and dust, and Tess tells her (mother) that "you're not my mother" with venom and fury that's been in her for all her life.

She collapses into Jack's arms and they make their way out and away - though without much of their disguise. Looking at them from the doorway of the master bedroom is a mostly naked, red-haired man (the werewolf they assume).

Jack drives Tess to the nearby ER, nothing else will do at this stage.


Next Session: Throwing Shade
Played by Donogh on Thursday, April 18, 2019