In the middle of the City, is the St. Amand High School, a high-end Catholic boarding school. With a Middle School attached and 22 acres of forest, it's a marvel this has survived the modern age. 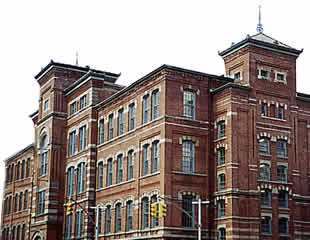 Whether it is unscathed by the harsh erosion of city life for normal political patronage or darker reasons, who knows... 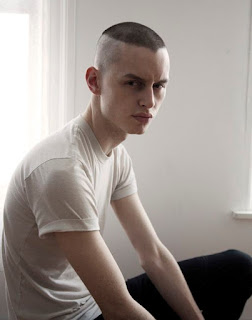 Victor is gaunt and has hungry eyes. Despite his best efforts, Victor is always denied the peace of death. Victor's a keen musician and is part of a quasi-band, a group of kindred-spirits with no plan and no organisation.

Madison reminds him what love was, when he thought that death had stolen it away from him forever.

Once Chloe found him fallen over a gate with a broken neck and saw him come back alive. She accepted it without comment, and that tacit understanding of the crazy world they live in now formed a bond between them.

Jordan got into a fight with Victor and accidentally killed him. He's mystified how Victor is unhurt.

Emma (Ms. Carter/English) believes in Victor, and she sees real promise in his intense writing.

Cameron is a real piece of work, stretches Victor into the most cruel of activities. He's a manipulative sociopath who is the brain to Victor's brawn.

Recently, Victor broke up with Brie; she went crazy with religion, seeing visions and he can't handle that Joan of Arc stuff, especially with her conversion attempts. 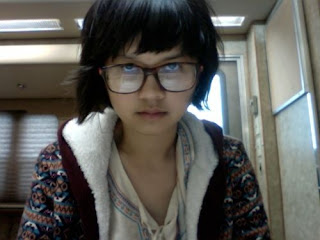 Madison has guarded, calculating eyes and practices Shamanistic magic. Madison is trying to set up a school newspaper.

She took Victor's black polo shirt from him after they made out a while back.

After having lent Chloe a book on magic she took a old and tattered goofy bookmark from Chloe's bedside locked. Chloe pretended it wasn't important.

Chloe caught her rummaging through one of her friend's (Maria) stuff, but kept quiet when Madison took a lighter from her (it was a cutesy artsy one with skulls and roses). Chloe casually wondered whether she dumped it with the rest of her stash.

Madison hexed Brie because she thought she was so much cooler than Madison. She gave Brie demonic visions and is now the most religious girl at the school.

Madison's life is made so much worse by the fact that her (adoptive) mother, Charlotte Abbington works in the school office.

Madison recently fell out with her long-time friend, Sidney. Sidney had a crush on Victor and was really angry with Madison when she made out with him.

Ash is a friend of Madison and Sidney but has chosen Sidney since she and Madison are no longer friends. She's into the occult with Madison as well.

Cameron made her cry when he attacked her family vulnerability after manoeuvring her into opening up to him. "Whey'd they give you up?" 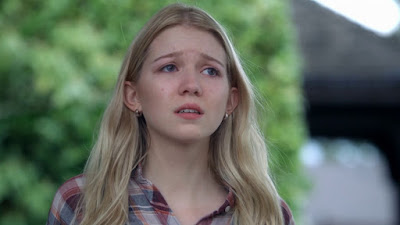 Chloe looks anxious, and has piercing eyes. She's a bartered soul [she doesn't know that it was her father who sold her to the Dark Power!] to Oberon, the Fallen.
Chloe's dad (Francis) is always away on business & her mom (Miranda) is busy doing lunch and such. Her younger brother (Luke) is in the Middle School attached. Chloe is a keen long-distance runner with the track team.

She already owes the Dark Power - after her room-mate Maria started dating Jimmy (who she knew Chloe fancied!) she realised one of Maria's secrets - the location of her stash of weed. But Chloe couldn't go through with it and rather than rat her out, she warned Maria that the prefect knew where her stash was and was going to confiscate it.

She owes Victor - one day when she and Maria were sneaking outside (to shop for Maria's favourite uncle) the open fire-door they left ajar was spotted by one of the teachers, but Victor took the blame for  it.

She owes Madison - for borrowing that occult book (festooned with despairing real-world critiques on post-it notes from Madison). What Madison doesn't know is that Oberon pointed her at the Witch, having identified her as the soul of an ancient priestess of his.

Madison does know that Chloe is entwined with this wonderful power which occupied the dark pool in the woods behind the school. But she thinks she can save Chloe by toughening her up, otherwise it'll consume the Infernal.

The Dark Power has a jonesing for Javi. He's a nice guy, the fastest guy on the football team and he and Chloe engage in light banter while they're doing their circuits of the field.

Chloe knows that Ms. Wells (Chemistry) is having an affair with Mr. Armstrong (History), who just happens to be married to Miss Emma Carter (English).

Emily, who's Maria's pot dealer, wasn't deemed pure enough for the Dark Power to accept for some reason, Her father is the groundskeeper, so she's on a scholarship here. More importantly, Chloe has a crush on her.

Chloe looks up to Miss Carter, she's her favourite teacher and it's the only class that Chloe really enjoys.


Next session: Monsters' Paradise
Played by Donogh on Saturday, August 06, 2016