in which things start to get really complicated, really quickly...

Gabe has been hard at work setting up his new infirmary - when he surfaces for air, he's a little bit shocked at the revolutionary changes which have occurred in the area and in Maersk itself.

Charlie has a love-in with Sheila - getting to know her shack-mates Odell and Duke a little bit better. Duke relates his take on the cult; especially on Clarion and Vision. He's always believed in Vision, despite everything that's happened. 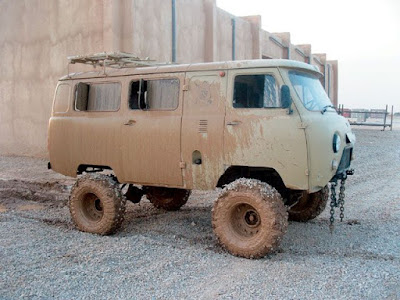 Angel grabs Gabe and brings him up to one of the containers up on the top level of Maersk - one Gabe's never seen open, never mind been inside. Inside there are a few empty 20-gallon drums lying around the place, but at the back stand three full to the brim of military-grade antibiotics (obviously this is Angel's motherlode of medicine!). Angel dumps a few cupfuls of the capsules into Gabe's bag.

Now that word has gone out that Maersk is open for business, there's a large convoy of vehicles snaking up the road to the gate. Down the line, there's a green van with flowers on the side - Charlie pegs that this must be the vehicle identified by Colonel as being the source of the infection.

Charlie calls Gabe down to see if he can recognise the plague without bringing someone inside, and gets the Trustees to stop the van from getting any closer - they pull guns on the two people inside but no one really knows what's going on. Charlie intervenes to make sure they stay inside the van - Gabe and the Trustees start to lose control as other secure the perimeter, but they do stay in the van.

Charlie knows the van - it brought him down to safety when he was younger. The guys inside don't look familiar. (Is he Patient0 in the valley?). Meanwhile Vision is getting an experience of the last days from the van's occupants - the end will be a slow grinding death (or salvation) through the chaotic and fearful maelstrom.

The big guy in the van does all the talking - he's quizzed on the provenance of the van. He's got a good poker face, but is shitting himself because he doesn't know a way out of this situation. Angel wants to examine them, and they cooperate - as far as he can tell, they don't have anything untoward.

Chaplain was already walking down towards Crossroads alone and has left the drama at Maersk behind. He spots the Fuck Sisters looking at him from a bend in the road, and they withdraw as he approaches, but he calls out for a parley!

They send out an old one, and they have a peaceful conversation. (This is a first!). They blame the holds for the plague, but when Chaplain tells them about their dead turning too, they're surprised. They describe the van from the firefight which happened earlier, and Chaplain is pretty sure they're IDing Beagle's.

Back at Maersk, Charlie wonders if the two in the van are the guys. Opening his brain to the Psychic Maelstrom. Wondering what he will do if he finds the real guys he remembers from years ago. Whether they've been back up the mountains. If his vision of his father was true?

Charlie pulls the gun on Gabe to convince him to let people inside the gates. Accidentally he opens his brain when Gabe doesn't back down. Gabe channels the plague across to Charlie, who knows what's happened and that Gabe did that. He gets a crystal-clear vision of the original owners of the van.

Vision speaks truth to the mob! They lament the end of the world, and surge to open the gates into Maersk. But Zeke's formed up with a crew at the 2nd gate, and there's a face-off.

Down at Leafy Hollow, Chaplain calls on Lafferty. She's taking a snooze, but his long slow stride gives them all time to prepare for him. She receives him in her place, a small house to the side of the hold. She's nervous, but pours him tea.

They agree that there's no beef between them - she's interested to find out Vision's set up and is shocked when he reveals that he's not in Maersk anymore. This new understanding doesn't mean that she'll do anything about the walking corpses. Zeke will have to agree on a concrete deal to force her to do something about it. Mostly, Lafferty isn't looking for trouble; and Chaplain leaves, stopping off in the square, offering service to any toughs looking to join him. (Mud & Bones moved on sharpish after Dust was killed).

A few passing through take up the offer, and by the time he's had something to eat in Tri-Hold, Chaplain's new gang starts to form up:

In Tri-Hold, Tran has a quick chat with him. He's worried about a few of his men - they've shown up with shiny gear recently. Chaplain and Tran wonder about what happened at Swinetown with the coup and Beagle, who's selling on a lot of new gear.

Looking out on the Tri-Hold, all jetties and palisades on the green slimy river. Tran finds out about Vision's water purifier and the hold full of valuable junk. He asks if Chaplain will suggest a deal for a steady supply of salamander meat? Anyway, Tran's going to dig up dirt on his guys and maybe hire Chaplain to take care of those who are going behind Tran's back.

On the way back through Leafy Hollow, Chaplain sits down with Lafferty again, this time with her lieutenants. In the middle of their pot of tea, suddenly three of them seize up and die. With everyone shocked and confused, they raise up and shamble away.

According to Lafferty, they haven't been in contact with anyone from outside, and they all drank the same tea. Chaplain asks if there were hanging around with Beagle, but no more than anyone else.

But Chaplain realises that it was Beagle - their deal was planned for this night - and it happened as soon as the sun went down. Not really what they agreed though - None of these people were Dust's lieutenants anymore...