in which people start to come to terms with their limitations. 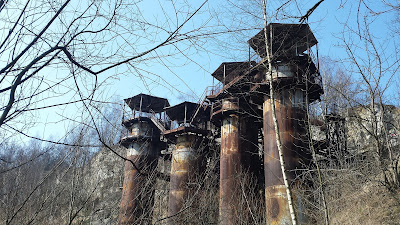 Colonel relates a few more details of the bus he now deems responsible for spreading the infection and killing his daughter. He recalls a small yellow bus with hodgepodge of colourful graffiti. The two ring-leaders were called Stardust and Moonchild, useless layabouts. None of their lot seems to be sick, or armed (an almost impossible feat while travelling constantly).

As they talk outside the Beast, everyone hears banging from inside; it's impossible as no one else has gone inside, only Angie's body is in there. Vision opens his brain and can see a bright light escaping from every crack in the armoured body of the vehicle. The Maelstrom wants to know what his last moment will be spent doing; without any hesitation, he knows he will spend it as a shield to protect others, and the thing he would sacrifice for the greater good is himself. As Vision recovers from the blinding flash of light which overwhelmed him as the doors were opened. He knows he must help her to get where she's going.

Opening the back doors, they see Angie standing there - her skin looks fine and as they steps down her parents embrace her fiercely. As soon as they step away for a moment, she starts to walk away and Gabe examines her closely to find that she has no pulse, no body heat and isn't breathing. He hurriedly reports this to Angel who goes down to see for himself.

Gabe is left behind the middle gate when he hears something scrabbling at the iron and he realises that he's brought this thing back to his home. He starts to fall apart and babble to everyone in earshot that he's responsible for everything that's gone wrong today. Angel has sequestered her in an abandoned caravan, but returns to talk some sense into Gabe. Under no circumstances should he believe what he's just said, or say it again.

Vision augurs to locate Angie's soul, but only gets the faintest of flickering signs from far to the west. His cult are getting ornery - they've realised that her body is a thing.

Zeke calls a council. They need to decide whether to let Colonel and his people (and Angie) go or not. Balance the current safety of the hold with the risk of it spreading. Chaplain convinces Zeke to call in Vision and Gabe - their expert opinion must be worth something. After much discussion, they decide to try to convince Colonel to stay for a while. They'll be able to keep and eye on the girl, and his opinion may come around to their way of thinking. Also, they think tracking down this bus could be worth doing, and surely Colonel will help with that.

Chaplain, having made something of a connection with Colonel heads down to have a word with him. Everything seems to go OK, but a little while later, Colonel's people jump into the Beast and they smash through the front gate and disappear into the night.

Chaplain heads down the Leafy Hollow, again by himself. He has a mind to take a different approach and try to take out Mud this time. He takes a route around to the far side of the hold, but as he slides down a rocky outcrop to hit the road, he comes face to face with a small armed patrol. Three of Leafy Hollow's gang are as surprised to see him as he is to see them. As they all raise their guns, Chaplain warns them to lower them or else there'll be hell to pay! This close up, he can see their fear and they comply. They want to know he won't open fire, and he just tells them to keep walking out of town for an hour and so long as he doesn't see them again, he won't kill them. They're nervous and he pumps them for more information. Mud will join up with some patrols at the bridge soon. They keep walking and after a few minutes of quiet, Chaplain continues on his way.

As he overlooks the bridge, Chaplain starts to take fire from several sides. A real ambush is sprung and he quickly spots that the big volume of fire is coming from up the hill. He's also taking fire from behind but he pegs it up the narrow trail shooting, and he sends a grenade up to some rocks ahead. As he races for cover, the strap on the hunting rifle snags on a rock and he has to leave it behind. He finds the body of a machine-gunner behind some rocks and takes stock of the fuck-off big gun right in front of him. He changes his mind on escaping right now, and gets the gun ready for action. Opening fire on the town and the sniper's position he spotted earlier, he wreaks havoc on the gang trying to deploy against him. With everyone down there left reeling, he shoulder the weapon and gets out. That was a bit too close for comfort. He'll have to be smarter next time.
Played by Donogh on Wednesday, April 29, 2015