In which Miss Roberta tries to understand Kray's role in all this. 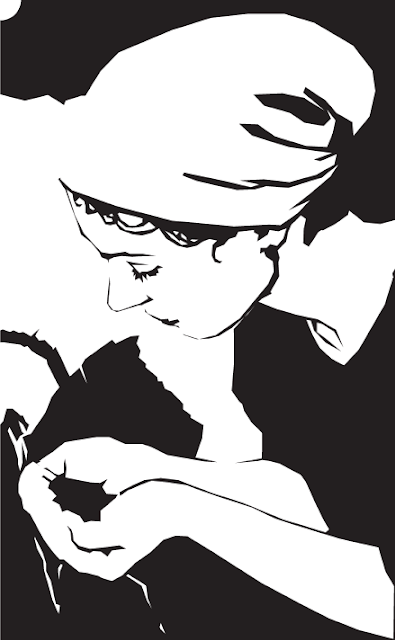 Getting Tai to jam the Yokes in the vicinity, Miss Roberta and Drexler decide to cover their bases before opening the door on Kray's cell. Gnarly stands their entire complement to, looking out at The River and Moon Creek.
Talking to Lark they struggle with a solid way of convincing Jackson that Brain's cult is a real threat. She suggests that they could implant an idea in the maelstrom that would convince anyone that the cult was targeting Moon Creek. Or somehow arranging enmity between the two factions.
They're not sure about it, as it could go horribly wrong if Jackson got the idea they were fomenting trouble.
Sending for Fuse to visit the Rosa Lee, they try to find out from him if it's possible to establish that the Doohickeys affect the implanted person's behaviour negatively. But he says it's difficult to prove any effect on behaviour at all.
They go back down to speak to Kray, see what they can get from the horse's mouth. First Drexler unmasks him, revealing scars and deep shrapnel marks all over the left side of his face. (Miss Roberta flinches as she puts together the timeline - they saw his mask the first time after the bombing he visited the Rosa Lee).
Getting it out of the way, they ask him what he wants; it's an awkward laugh, but he suggests that they let him go free and that they just stay out of each others way.
They go on to discuss what his relationship with Brains is. He explains that they used to sing off the same hymn sheet: they both believed that the psychic maelstrom was what was wrong with the world, or at least the progenitor of the apocalypse. The Yokes were designed to separate people from the maelstrom and dampen the mayhem which it feeds off.
Strangely enough, the extreme nature of both Miss Roberta's and Drexler's relationship with the maelstrom means that they're not as unconvinced by Kray's line of reasoning that he might've expected.
When accused of forcibly implanting people with the Doohickeys he denies it, pinning the blame on Brains' crew. Furthermore, he explains that the reason Brains doesn't just conquer is that he's playing a long game and trying to get there with a minimum of carnage. 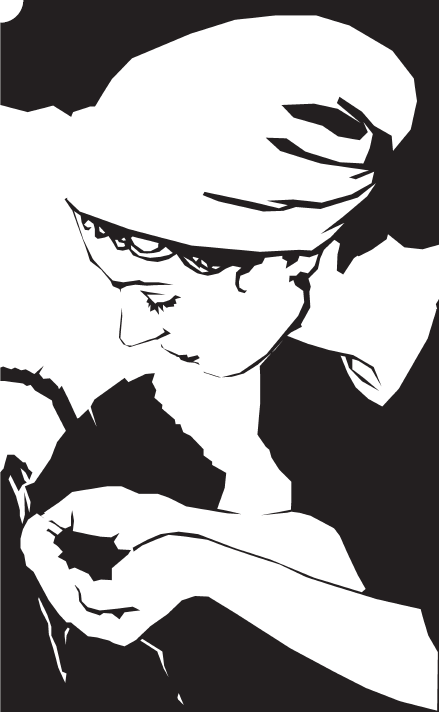 They then broach the subject of how they might get to sit down with Brains himself. Kray doesn't think it's likely outside of The City, and they'd need an in. Someone to introduce them. But whether Brains would receive them without being implanted would be a different matter: Brains can definitely sense if someone's got a Yoke or not.

Miss Roberta and Drexler go back outside to talk amongst themselves. It's hard for them to refute what Kray's  told them. If they do leave Kray be, Sweeney and Lark will have to be kept out of the loop, at least until he's off board.

They go back inside and check if Kray can keep his guys onside with the deal, and he admits that he may have to break a few heads, but so long as they don't start anything they should be ok.

So they smuggle him to a flat boat and escort him upriver a ways, giving him a weapon to see him safely Revelation Heights.
Later on, they relate to Jackson that they don't think that Revelation Heights is a danger to Moon Creek after all, but he just can't believe that they've left a mortal enemy walk like that. He wonders if Kray was a rational actor and not a raving lunatic for any particular reason, but that question must lie unanswered for now...
Played by Donogh on Wednesday, November 13, 2013