In which Drexler and Sweeney see about taking some names 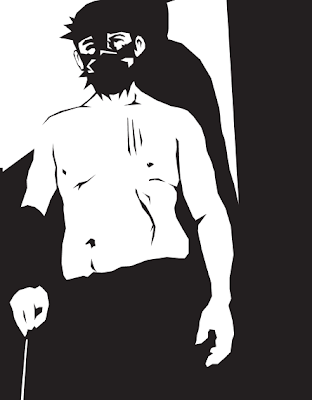 Drexler, Sweeney, and Grekkor tool up for a raid on The City with Shazza driving Tai's Duck. Scouting their way across The Bridge their plan is to make contact with a few gangs hostile to Brain's cult and find out exactly where they're located before trying a snatch job to bring back someone to convince Jackson.

They're challenged at a barricade but Sweeney doesn't drop his aggressive stance and whoever's behind the obstacle opens up with an smg. Sweeney and Grekkor dive for what little cover there is, but Drexler just stands their and squeezes off a burst, taking down the sentry. He moves cautiously up to the barricade to see another sentry racing down the street.
-OK so, looks like we're not going to bother with subtle.

A little while later, a good dozen or so armed figures start moving tactically down the street towards them. Drexler's vision closes with blood-pumping frenzy and he sees blood soaked tarmac all the way down to the corner. Some covering fire comes in, hitting Drexler's armour plating, and Drexler responds to Grekkor and Sweeney taking cover behind a bathtub by jumping up on the barricade and opening up. Killing over half of the attacker with the first belt, the rest of them run for their lives. But Drexler follows up with a terrible lust for blood. As he turns the corner the group's camp come into view - children and the infirm are crowded into a building beyond a small barricade. The impromptu defence isn't enough to stop Drexler though and he slaughters every living thing he can see.

Drexler makes his way back to Sweeney and Grekkor, each bloody corpse on the ground is exactly where he saw it in his bloody frenzy beforehand. He keeps walking and Sweeney sends up the flare to call in Shazza as they make their way back to the Rosa Lee. 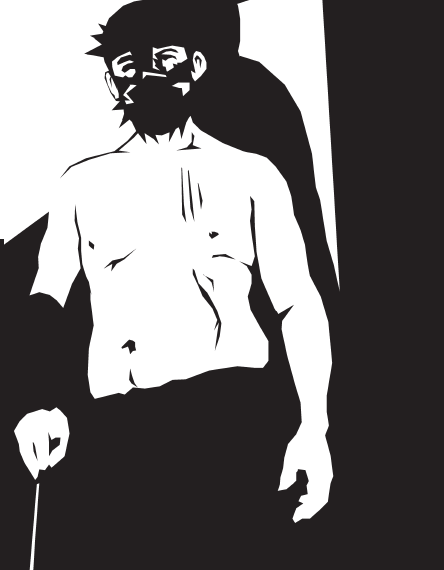 With sullen obstinacy, Sweeney and Drexler decide to go for Revelation Heights instead - Kray will surely satisfy Jackson. Drexler calls up his gang and they load up the trucks for a big fight. They even pay local fixer Satan a visit, the only man capable of outfitting their trucks with something capable of taking down Revelation Heights gates. They eventually decide on heavy duty ramming bars for the grill of their lead truck and a strong chain winch to pull anything left standing down.

The four pick-ups storm across the river at a low point near the spot where Amy and Putrid were ambushed all that time ago. As they approach the ridgeline they pick a point in between two watchtowers and just charge straight through. Despite their covering fire, Baby, Stinky and Domino are all hit, and at the speed they're going at over this rough ground the wounded fall out and will not be stopped for.

The sound brings out the armed inhabitants of Revelation Heights, but they don't have time to muster the most effective of defences before the lead truck hits the gates. Lars, Blues and Tinker stick with the top guns and Drexlers lead the rest through the shattered gates overrunning small groups of defenders as they make their way to the central building Amy described being kept in.

By the time they find it, they've lost Snake Eyes, T-Bone and Halfpint to small ambushes. Kray comes storming out of the building, shotgun blasting Goldie in half. But Drexler guns down all his support, forcing him to take cover and then Sweeney pulls it out of the bag, blindsiding Kray and smashing him with the sword. Kray drops to the ground like a sack of shit and they grab him and drag him back to the pick-ups. Drexler looks like he wants to go back in for more, but when Grekkor is taken down by a resurgence of gunfire they decide to quit while they're ahead. Only eight or so of the gang have made it, but there's no pursuit as they drive back to Moon Creek to deposit Kray to the Rosa Lee.

Sweeney's first impression as the hooded figure of Kray is put in the brig is that of a chained and angry attack dog, straining to get his maw at his captors...
Played by Donogh on Wednesday, October 30, 2013