The Shadow Controlling the Flame

Simon (Shadow the Beacon) doesn't think his interview inside AEGIS goes well. He sticks to the agreed story, but he realises that he's just dropped Agent Roux in it, she probably won’t be able (or willing) to help him after this.
Whatever source the Red Queen has inside AEGIS is still active and they’ve identified him as a threat. And, his next appointment with Dr. Keen will be very awkward. Maybe they’ll bring in Sidney for a group session?

Lynette picks him up from outside the AEGIS offices at dawn, they have time for a coffee and a non-Super related chat before she goes into work.

Gus, (Tag the Innocent) was on his way to Lucia's showdown with Barbarossa when he intercepted a shipment of HYPERION from Dr. Schneider to Catcher. That was way too tempting to pass up and he snaffled a cryogenic container with 12 doses of the powerful compound.

He's staying with Betty (with Lucia's mom about to stay in his usual spot on the couch). 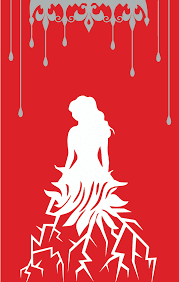 Both Simon and Gus are still on for Lucia's project to create a vaccine against Project OBSIDIAN, even though she's still stuck inside AEGIS (helping them with their investigation). Simon will steal an ID during his cleaning circuit inside Halcyon Analytica; allowing Gus to speed in, climb into a hazmat suit and get a sample from the secretive laboratory deep in the heart of the building.

Simon knows who the best target is, Tom - who takes long coffee breaks and longer smoke breaks. Simon passes it along to Gus in the smoking area outside, Tom is oblivious when Simon clips the badge from his lanyard and Gus just walks through to the suiting-up area adjacent the lab. He reckons he'll save his speed from the way out.

Gus goes into the locker room, there are about a dozen lockers, each with their own bespoke suits, but there are also a handful in a common pool. There's a woman in the corner, trying to fix a problem with her suit, but he slinks into a suit and into the airlock without her noticing him.

The airlock cycles way too slowly for Gus' liking, but he subdues his nervousness until he can get inside. There's someone else at the far end of the lab, working at a spectrometer. Simon is cleaning the viewing room (which is used during visits or executive briefings) and between them they spot the Project OBSIDIAN sticker (a black diamond) on a large cryogenic unit in the corner.

Gus tries to open it, but the keypad is almost impossible to crack. He goes at it quickly and manages to get the right combination before the system can lock him out! The unit can't open quick enough for him though, and by the time he's ready to grab one the other person in the lab has noticed what they're up to and he starts walking over...

Too late, Gus recognises him as Brad Armstrong!

He runs! He passes Simon, back to cleaning the halls (he's going to act casual, but not too casual), on the way outside. Twenty seconds later the klaxons go off. Simon follows the fire-drill protocol, he's never heard the klaxon before and it didn't come up in the orientation briefings.

Gus gets to the main foyer, and there are a squad of heavy security people, loaded for bear (with long tasers and body armour) but he speeds up, running up the wall and then down to the revolving doors to escape. They're revolving way too quickly when he exits to allow anyone to follow, and he keeps running.

Simon follows the rest of the staff to the assembly area, though there are security guys checking everyone (until they get the all clear). Tom is there, still bereft of his ID. When Simon finishes his shift, he meets up with Gus.

He's having a crisis of conscience, and is sure that they're going to find him. But Simon tells him he was going way too fast for the CCTV - and he's not going to make the same mistakes as Catcher. He's not going to become that villain.


Simon calls Agent Jones back. He needs to get in contact with Viper, he needs to hear the full story, to discover if they know the truth of Lucia's powers. But Jones isn't playing ball. She seems sure of her direction in the investigation and doesn't even confirm if Viper works for AEGIS.

They call Dr. Schneider - they want to provoke him enough so that he'll meet with them. Even though they don't really know each other (and Gus just stole a shipment of his) they will need his help to product the vaccine against OBSIDIAN.

He's very cagey. In order to meet with them safely, he needs a sample of alien technology, and he needs to know who he's actually meeting with beforehand. He will meet with them then, and accepts their assurances of complete confidentiality.

More importantly. Now that Gus has the HYPERION, he knows it'll allow him to shift back in time. Like Catcher did to prevent him from saving his brother back in 1940. So he'll dose up and bring Simon back with him and do the job properly.

Simon is up on the literature (time travel) and cautions against interacting directly with Catcher or anyone else that they don't have to. They'll keep their heads down and do the job as required.

Gus dresses in the running suit he was in when he first arrived here from 1940, and Simon in his Shadow suit (which is in a 1930s style anyway, just in grey instead of something more colourful).

The dose of HYPERION is overwhelming, like nothing Gus has ever experienced. He feels like its going to shake him apart and he has to concentrate just to hold onto Simon as they zip back.

They appear in the centre of a baseball diamond. A small stadium in the middle of a leafy suburb. Fancy and apart from the pitcher's mound, unrecognisable from anything they've seen in Halcyon City.

As they head for the exit, a figure appears in the tunnel, blocking them. Dressed in a sharp (purple) suit, and full of quiet menace. He declares himself to be 'The Shadow' and that they're on his turf. He protect the city from strange supers like them. He pushes back his trench-coat, showing the grip of a gun (not a regular pistol, but more like a raygun).

Gus steps forward, and checks that The Shadow knows him, knows Tag. Because he was active in the city at this time. The Shadow does a double-take. Apologies for the inconvenience...

While he's there though, they need to ask him some questions about what's going on in the city at the moment. He tells them that there's a criminal gang trying to take over, there's a Super pulling their strings, who they call 'The Red Queen'. If they head down to City Hall, they find them - the 'Red Hats' they go by.
The raygun? He had to punch a alien's lights out in the desert to get it!

When they get down to the main square, they don't see much of interest. They still have some time to kill, so they scout around anyway. They spot two cops at the top of the steps, definitely not just cops - maybe something more. Simon heads over to keep them busy as Gus saves his brother, and he bumps into a woman, as she returns to the her table to retrieve her scarf.

Gus flashes forward, seeing/feeling himself be handcuffed by them, as his brother falls to his death right in front of him. He looks up and sees a couple of (red-hatted) thugs throw his brother off the rooftop.

Simon makes himself a nuisance in front of the cops, and they react the way he knew they would; by slamming into the wall and making sure he knows his place.

A spurt of speed takes him there in time - he daren't trust her to save his brother. He doesn't know her. His trajectory slams into her as he catches his brother safely.

He ignores her baleful glare, and brings him back to the apartment. Telling him to leave home and never return.


Next Session: Making Lemonade
Played by Donogh on Thursday, November 01, 2018