Previous Session: All the Devils are Here

Simon (Shadow, the Beacon) and Betty (aka K-0S) drive fast to the location they are expecting to find Lucia. On the way, what happened to The Beast comes up. Betty is surprised that he didn't know, and he's panicking a little bit when he hears about how they fled the scene of the 'murder' without taking any precautions.

Betty looks at him, and then tries to explain how difficult it'll be to hack the hotel servers from here (the signal is pretty bad anyway), but she grits her teeth. She still has that backdoor she used to find out what room The Beast was staying in. 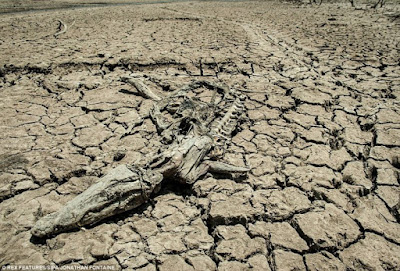 They park alongside a lonely farmhouse near the scene, Betty heads into the farmhouse to pick up their wifi, the porch lights are still on, showing the potted plants to be dead. They see Bruja kneeling in the desolation, evident even in the darkness. The strewn bodies and bikes of the RedCaps, drained of all life shock them both, and then the see the dessicated corpse of Barbarossa. Betty picks up his phone, it'll make more sense if she leaves his fingerprints on the deletions on the hotel server.

Bruja's accoutrements fade away, and it's just Lucia (Bruja, the Doomed) left a sobbing wreck on her knees. She appears to have aged a few years. Simon comforts her, telling her that none of this is her fault. She hushes a little, and calms down. But then she remembers Barbarossa's threat to her family and Julie. She needs to go back inside the psychic construct and interrogate Barbarossa, to find out how to stop the clock and save them.

Lucia appears as a terrible and beautiful queen. The psychic construct is a hot-baked mudflat, and Barbarossa is alone and naked, sitting in the middle of nowhere. She confronts his sorry form, but he's a wary and cunning opponent and counters with a proposal.
He'll dish the full story, every last speck of dirt on Armstrong, he knows the pain isn't real. As a sign of good faith, he offers to call one of the two targets (her family or Julie) now, before his release.

Lucia logs out for a moment to discuss with Simon. He suggests that she has to step up, and fight evil with evil: torture him for a thousand years and see if he's as confident then. In the construct she zooms the time setting out to 1 year = 18 minutes. Give him time to stew in his own self-doubt...

Betty reports back that there are a few dead people in the farmhouse, just in the same state as the RedCaps.

Lucia turns up the heat on Barbarossa, with ants and scorpions crawling out of the cracks in the mud and swarming him, invading every orifice they can find. Flames sweep down from the sky and burn him, and when that's finished him off, scorpions crawl back out of his navel, dragging his guts out with their claws.

After months of this, he finally screams for them to stop, that he'll tell her everything. He appears on a white pristine floor with what a normal person would call harsh lighting.
He laughs in despair, telling Lucia that only his voice will be valid for the order to stop the countdown. He'd prefer if it were simpler, but it's not.

Lucia logs back out to compare notes with the others. Can they 'let him out', he doesn't realise his body is dead. His voice transmitted from the psychic construct probably won't match, so Betty goes inside his phone to pull out the voice recognition encoding on it and construct a voice that should do the trick.

They start driving back to Halcyon City, Simon at the wheel.

She advises them as she's working that she would not let him out, or even try to fool him into thinking he's out. Give him nothing until he delivers. They have seven minutes left when Betty has everything set up.
They patch Barbarossa through his phone to a number, corresponding to his people who are watching Lucia's family. They breathe a sigh of relieve.

Betty shows her cynical side by suggesting they verify everything's okay.

So Lucia phones her home back in Kentucky. It's very late, and it takes a very long minute for someone to pick up. She thinks how long it's been since she called them, wincing as she realises it's been nearly six months - she always has a very good excuse for not speaking to them. Jorgé, her dad picks up. But as soon as he says hello, she hears her mom storm down the stairs to get the phone off him. She can tell something's up with Lucia, with unerring mom-radar. Lucia tells her she has to go, and her mom says that she'll see her the late the day after tomorrow before they hang up.

Betty & Simon chat quietly as these awkward conversation go on. Mostly Betty is asking about his setup, and assuring him with easy confidence that he's a bad ass.

Lucia is even more apprehensive about calling Julie, after the way they left it at the Gala. Maybe Simon can call to check that she's ok? She'll answer his call, right?

She does answer, and after asking if she's alright, Julie hears Lucia's voice and asks what she wants. Simon's all too happy to pass the phone over to Lucia.

Lucia's 'sorry' doesn't quite get the reaction Lucia was expecting/hoping for. Julie wonders exactly how she's sorry, what she's sorry for.
Lucia isn't really sure, but goes all in, saying she wants to be a better person like Julie. Simon tries to help her out, advising her to tone it down.

They can meet up tomorrow, maybe for lunch.
Lucia is a bit more down-to-earth, she's sorry for being an ass. And she's 'officially forgiven'.

Lucia tells them that her mom is probably jumping on the earliest Greyhound to get to Halcyon City tomorrow. Could Betty put Gus up? She thinks for about a second. Sure, although she admits she hasn't shown him her secret lair yet!

They're nearly at the city limits, when Simon reminds Lucia of the dead farming family. She gets them to stop the car, and she walks away. Back up the road for a distance. Betty gets out to talk to her, telling her that they've all done bad stuff. Lucia shoots back wondering what Betty would do if Lucia had just killed her family. That does shut her up. But Lucia walks back to the car with her in silence.

They talk about how to avoid the fallout of all this, and even take some credit for stopping Barbarossa. They did save the day by keeping OBSIDIAN out of the Red Queen's hands. They construct the alibi/story as much as they dare. Wondering how much they can trust AEGIS, they will deny any involvement in the Beast's death; change some details of the showdown with Barbarossa, that he pushed her and the reaction was necessary if surprisingly spectacular.

They drive to AEGIS, dropping Betty off on the street, still in her party outfit


Next Session: The Shadow Controlling the Flame
Played by Donogh on Thursday, October 04, 2018