An Invitation, or as good as...

As the team take stock of what they know, Lucia (Bruja, the Doomed) starts on her project to create a vaccine against the Project OBSIDIAN 'virus'.
She'll need a sample of the 'virus' (from the Halcyon Analytica lab), to infect someone with it and observe its behaviour, help from Dr. Schneider (who Gus has heard of), and it is definitely connected with her doom. 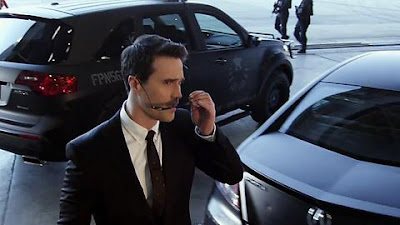 Javi (El Serpiente, the Nova) track down the Redcaps. Using a variety of social media to track incidents of them moving through the city and out towards the rally point that Xerox saw they narrow it down to one route southwards towards the border. They hit the road, planning to stop by every dive bar or diner on the way and cast around for news or sign of their passing.

They pull up outside Toad's. It's too early for most clientele to be here, but there are a few hawgs and a pickup parked outside. Javi heads inside, the others follow. Javi has a red baseball cap on and he takes it off as he sits at the bar, ordering a whiskey.

The barman looks pissed off and pulls a double-barrelled shotgun and levels it at Javi. Javi curtails his instincts to power-up and level the guy or take the blast and whips out a hand to disarm him. He towers over the older man and pushes him to spill what he knows of the RedCaps. But Toad doesn't know - they rode through here yesterday and broke up the place.

Javi looks behind him, the others are arrayed or sitting around, the place looks rough but maybe a bit light on intact chairs. They aren't regulars and the usual bikers avoid them whenever they hear rumours. They drove southwards, and that means the border.

Javi hands him back the shotgun and they walk out.
As they discuss the best way to track them, a bunch of AEGIS SUVs pull up alongside their car. The security personnel fan out, but they're not treating the team as an active threat (as such).

Shadow (the Beacon, aka Simon) starts to walk away towards the car. He's not interested in any confrontation with AEGIS.
Excelsior scoffs. Shadow probably shouldn't be there anyway, right? That gets Shadow's attention and he turns around to find out what Excelsior wants.

Turns out that Excelsior wants the team to go to a very important party tonight. It's short notice but all the great and good of Halcyon City will be there.

The kicker is that it's hosted by Brad Armstrong, for his charitable foundation. Excelsior believes that Armstrong is meeting with some undesirable tonight, or at least someone with an undesirable agenda. And they are the type of people who would be able to find out exactly who it is and what deal Armstrong is cutting - without a high profile like Excelsior they can stay under the radar.

I guess that means they need dates, and to go shopping!

Gus (Tag the Innocent) rushes back to the docks, where he's due to meet the Wyrm of Ages with Betty (aka K-0S). The tall stylish woman is drinking a carafe of wine (not sure exactly how she was served it in the café) and Betty warns him that she's tricky and easy to provoke before she introduces them.

The Wyrm considers him cautiously, as if she knows what he's capable of. She tells him that she doesn't really care about Catcher, but if it'll help her in her feud with The Beast, she'll help him

He pushes back on her idea of vengeance, to find out exactly what she'd be happy with. She senses his discomfort with her just killing him outright, and suggests that she could live with justice being his life-imprisonment in the AEGIS-operated SuperVillain detention centre (where-ever that is, she doesn't intend to find out.)

Betty is really excited when Gus tells her about the Gala tonight, given that Excelsior might be there. She has an uber nerd-crush on him and is shocked when he doesn't really seem to appreciate how much technical wizardry he's shown over the years - constantly redefining himself and on the cutting edge (that's not weird, is it?).

Simon is the first one to be picked up by the limo (that Excelsior has arranged for them). His sister, Sydney is pleased to see him going out as himself, a real social life is a healthy thing. He picks up Lynette (who's staying at her aunt's place while her apartment block is being rebuilt). She's in a stunning dress and is pleased to meet him as Simon (instead of just Shadow). They chat as the limo meanders across town to pick up the next lot. She works as a photo editor in the Halcyon Herald, hoping to get an impromptu assignment as a photographer soon. Some champagne helps Simon relax.

Lucia assumes that Gus is taking her. She asked on the way back to the city and he avoided answering, but when he breaks it to her (she did know he had the date the other night) she can't even...she tells him to get out!

She goes out shopping with Anita, but is frustrated when her funds won't stretch to cover her outfit. Anita helps her out (best friend ever!). They talk about her +1 and Anita suggests she gives Julie a call. She knows everyone anyway, so it'll be easy and not too awkward.

Julie has even less time to get ready, but has something nice for work which'll do in a pinch.


Javi & Anita are next. Only Javi's snakeskin boots and bolo tie belie his unfamiliarity with this kind of event. But he and Anita look pretty good together and they introduce themselves easily to Simon and Lynette.

Let's be honest, Simon doesn't spend much time outside his Shadow persona! Everyone's a bit giddy from the champagne and the unusual setting.

Gus and Betty meet up outside his place. Gus has an old-fashioned suit on, but he rocks the retro look. Betty suddenly realises that Gus' friends don't know she'll be there (she tries to tell herself that they mightn't recognize her...)

Betty is less and less happy about the arrangement, like she's the villain here if something awkward happens. And she feels even worse when Gus lets slip that Lucia thought that they were going to go to the Gala together! Super awks!
But as soon as she steps into the limo and Gus introduces her (as Betty) Lucia and Simon peg that it's K-0S; that rooftop cocktail party encounter in the VR construct kind of gave her away. But they're more surprised at Gus, that he's seeing a SuperVillain (albeit one with a cause and motivations that they can definitely relate to). Lucia isn't sure how she feels about them though.

There's some chit-chat on the way about Lynette's apartment and the RedCaps. Lucia pointedly looks at Gus when she declares that there are few people she dislikes more than them!

At the grounds of the hotel, they're amongst the first to arrive. Way too small-fry to arrive fashionably late! But also they'll need to keep an eye out for Brad Armstrong's mysterious contact. They get an update from Excelsior - he gives them the registration plate of the car that'll be bringing the contact from the airport.

They make sure one of them has eyes on the entrance all the time, the rest of them can circle (and maybe enjoy themselves).

Simon does the first circuit and spots two interesting people; neither of whom he recognizes til he compares notes with the others. The Wyrm of Ages is quietly observing everything and everyone who enters. A SuperHero, Viper is scoffing down champagne (confidently taking an entire tray from a waiter. Simon lifts her key-fob from the table where she puts it down to work her way through the tray. It's not from a car, but is definitely for some kind of high tech device/vehicle.

Lucia relaxes with Julie, telling her everything about this thing with Gus. But Julie doesn't' react to this revelation the way she expects. She was just Lucia's second choice. And how does Lucia expect it to go down when she asks someone out she KNOWS is seeing another girl already? Julie wonders if Lucia should apologize for being a bitch. And then she walks off to the bar.

Brad Armstrong arrives at the party and attracts Lucia's attention as she goes after Julie. The allure is strong, and she contacts Simon telepathically to see if they can scan him; but Simon convinces her to stay out of Armstrong's brain.

They spot the car from the airport. A middle-ages man climbs out. He has an assistant with him, but as Simon closes in to try to get her away from him to interrogate her about their agenda, he recognises her as the person who was consulting with Brad Armstrong in the Halcyon Analytica offices the night they found out about Project OBSIDIAN