They pick through the aftermath of the battle, smoke and moans and the stench of blood and cordite fill their senses. They spot a few ex-Watering Hole (or at least ex-Valley) people who were recruited by the Circus in a bus. Dummy (a heavy lifter) and Lara (a keen scavenger) stumble out from behind a few crates in the back once they spot Dusk the Skinner. She gives them a hug, and Dummy tells her that she's one of the good ones.

Gaptooth comes down from the hills in his bike, he wasn't inside Purity after all. Dremmer goes out to get a trophy (Doberman's head presumably) for TumTum.

Meanwhile, Kim the Savvyhead finds one of the Circus folk who would die without her intervention and saves them as a test subject. She's working on a prototype obedience collar, using voice control from her tricorder. 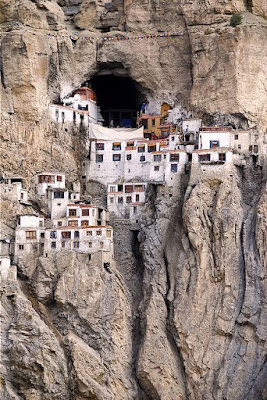 Inside Mimi's bus, Dusk bumps into Jack pulling October out. This is when Dusk hears about the deal Wire made with Jack to get his Skeletons onboard for this job. Wire gets the loot and Jack gets any of the Circus folk to sell onto the hacienda owners at next market. Dusk isn't happy about this, but doesn't fancy her chances in talking Jack around or facing him down. October gives her a mournful look as she steps aside.
-Please
But Jack snarls and tells her
-He's an object now, not a person; I'll set high price coz he looks like a gifted boy

Down towards the rear of the convoy, one of his Skeletons (Pucker, maybe?) has Tinkerbell by the hair. She's a jeweller from Watering Hole and Wire the Chopper recognises her and intervenes. Pucker isn't convinced and smacks Tinkerbell into the van, reaching for his gun.
Dremmer's nearby, and he grabs the other Skeleton and even this threat doesn't bother Pucker. Dremmer hammers the guy (literally!) and then swings his shotgun from his back and gives Pucker another chance. No deal and they exchange fire, and Pucker is history (but it seems like Tinkerbell was caught by some blast through the thin sides of the van).

Back up at Mimi's bus, Dusk recognises the harsh ripping sound of Dremmer's automatic shotgun, and when Jack drops October's leash and starts to run down, she steps out to one side and raises the sawn-off she had inside her coat. She pulls both triggers and they hit Jack square in the back throwing him to the ground. He groans, turning over slowly and reaching for his gun, but Dusk walks up to him, calming reloading and taking careful aim at his head. !BAM!

Two of the surviving Skeletons get on their bikes and make a run for it, and Wire gathers her people up and gives chase. The pursuit is short and deadly, they gun down one and corner the other and surround him, giving Wire the chance to almost cut him in half with her machete.

The rest of them find the place almost peaceful without the bike gangs hanging around. Dremmer give the remaining captives the Skeletons captured the spiel on getting back to Watering Hole with them, and how they'll have the chance to carve out a niche for themselves. Do your time like everyone else and the place will be like home before long.

There's an ahoy from an observation platform high up on Purity. Kim gets the CB radio working and they are talking to someone named Pierre. Kim is really bad at this kind of thing and hands over the handset to Dusk.

Pierre doesn't seem to want to give them any credit for warning them about the Circus or stopping them - he's treating Purity as impregnable. He's happy to insult them, until Dusk invites him down. He starts to laugh at her suggestion, but then shuts up as he feels the sudden need to do so.

There's a bus on a cable that runs down the steep cliff from Purity, and eventually it gets to the bottom, whereupon Pierre and six bodyguards get out. As Dusk goes forward to meet him, Wire has grabbed the CB to talk to someone else up there - it's Gritch, and she promises to protect him from Pierre if he brings her up in the bus.


Dusk's lithe and attractive, even here, but her bare skin shows off scales and a lengthy tail pokes out from the back of her coat. Dremmer beside her is a massive hulk that obscures so much. Pierre has jet black marble eyes and a forked tongue. His cronies are horned/winged/furry/tentacled beings - they are all different at a single moment in time, but their form shifts to copy and react to the others. They are all connected by a thread and their eyes all resemble Pierre's, and he has shadows that reflect their larger features.

Pierre considers Dusk before him
-Consider yourself blessed. This is the first time these feet have touched this ground in years. But it's just for you, given that you're so irresistible I'd love you to come up and visit me properly.
Dusk shakes her head, she's happy down here.
He scowls, obviously a man who's used to getting his own way. He takes out a piece of paper
-I've got a new list for the trade with Watering Hole
Dusk looks at it, and her eyes widen. Purity has just doubled their price for the same amount of water purification tabs, They're even asking for a doctor. She tells Pierre that this won't do and one of his bodyguards, the small one called Pinky steps up to her
-We don't need you! We're save as houses up in Purity; we'll just ride all this out until you come back screaming for us!

She ignores him and leans in closer to Pierre
-I think you need us more than ever. I think you're going to up the number of tabs for this list from 105 to 240. I know a doctor who'd be able to clinic here for you and I smell desperation off you.

Behind them, the bus starts to rise up the cliff and they see Wire inside. Pierre and his guys panic and rush to get aboard, but it's too late. Dusk walks back with Dremmer to their guntruck and they get ready to roll.

Wire climbs out at the top to meet Gritch at the winch controls. She turns off the CB to drown out Pierre's demands from below. Absolution is furious at Gritch's action, and he feels betrayed that anyone might want to leave Purity. Gritch tells her about those down below who've been getting a terrible lurgy, with boils and everything. They haven't had a doctor for years.

Absolution goes to prevent them from doing anything else and gets Wire's machete in the face for his trouble. She goes on a hiring spree. She's got spare bikes for a half-dozen new riders and she quickly amasses the right kind of people.


Kim walks over to try to calm Pierre down - she hears from him that Goldie (her only contact inside) died peacefully in his bed ten days ago.  He's trying to evoke some sympathy from her to help him out for the sake of Purity, but that won't have much effect on Kim.

Dusk and Dremmer try to get his attention back to their deal - it sounds like he really needs that deal now. Kim stands in the way of Dremmer's gun and she cuts a deal with Pierre to do a couple of days work at a clinic from down here.

Pierre smiles at Dusk and tries his luck with her one more time
-I still want you Dusk
-I'm good, I'd like to stay clean
Kim blurts out with a laugh
-I mean, who wants to sleep with snaggle-toothed morons, right?

Wire returns on the bus with six new recruits and they all drive back towards Watering Hole.


Next Session: Back to the Grind
Played by Donogh on Thursday, January 19, 2017