There are a lot of transients in the hold for market day, particularly from Logger. Dusk the Skinner seeks out a friendly face behind the slave auction, she wants to find out something about the Skeleton Crew. She spots Freddie, who is super-friendly towards Dusk, but needs to show a recent tattoo off. Dusk is horrified to hear that she went into Lopez to get inked, and is not surprised at the horror-show Freddie reveals when she pulls down her top - it's a hideous shark biting at her breast and Dusk struggles to think how she can fix it, but tells Freddie to drop in after market day when she's got some free time on her hands. Freddie works for Johnson (who's just a regular asshole type of hacienda owner) and wanted to grab Dusk before he goes to her - apparently he's practically in love with her since A.T. spoke about her and his new tattoo.

Their chatter attracts the attention of the two gang members from the Skeleton Crew who got left behind to look after their interests back behind the Dias. The first guy immediately crashes and burns, but the second guy, Roadrage, is a little bit smoother. Dusk shuts him down, telling him that she doesn't know where he's been, so he's not getting anywhere near her.
This prompts Roadrage to explain what they've been up to. The Skeleton Crew come from the other side of Lopez, and they were brought into the city to clear up dissidents, anyone Lopez wanted to get rid of (though no Scum - apparently he gives them special treatment himself) - when he's not forthcoming with more details of their plans or real relationship with Lopez he won't tell her - he bristles when Dusk calls him a worker bee, but he has to admit that she has a point. Anyway, their leader kills anyone who steps out of line, takes it real personal, and his lieutenants, Stevo and Tim are pretty loyal. 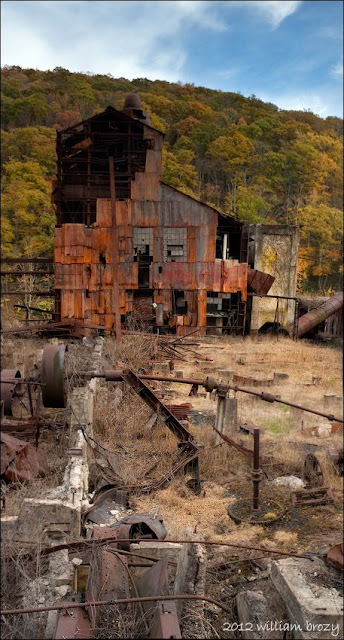 It's showtime! And Found the Hocus has her people ready. An old air-raid siren sounds out and the klaxon attracts attention from all-comers. The routine starts with some tale-spinning, about faraway lands that no one else has seen. Found has her safe plants and rube-baiting set up

As everyone's heads turn, a huge ruckus is raised from the Pit. East Harrow is standing up there with a loudhailer calling people to see his show, a young teenage Scum (who Harrow calls 'Shitface') is about to be lowered in to fight a pack of wolves (snarling now that they're out of their cages). Dusk pushes herself away from the stall from which she was lined up to watch Found's show and climbs the side of the pit to appear at East Harrow's side. He's not entirely amenable to postponing his show for her benefit, certainly not Found's, but when she puts a hand on his ass he takes notice of her. And a moment later when she puts the other hand on his chest and he realises that she can tip him over into the Pit with the slightest of shoves the fear grabs his heart. He quickly postpones the show over the loudhailer (much to the chagrin of the blood-thirsty) and Dusk smiles and goes back to take up her previous position to watch Found.

Found cannot resist an augury and gets so far into it that she cannot stop herself. She makes eye contact with Dusk from across the crowd and somehow Dusk help her reach further and deeper than before. A crashing noise, like a gigantic mirror shattering, fills the air. Everyone hears it and then sees a crack in the sky open and it's like it sucks them in.

For Found this transition is seamless. But for everyone else, the shift to weirdness is intrusive as hell. There are suddenly twice as many people in the market square as before, some are floating, some are walking crocodiles or wolves or tentacled monsters. Dusk can feel something more dangerous, something more ominous for Found, she feels a connection to the Witch Queen, and a disturbance from her attention.
Dusk rushes to Found and snaps her out of the augury; and Found falls back to selling the crowd
-See what we can accomplish together! Trust is me!
and she ends it. Jaws are on the floor all around them, and finally applause breaks out.

After the awe subsides, two of Waterhole's resident hard-nuts, Corbet and Grab, invite Found to the hacienda summit. There, the owners of haciendas across the valley air their petty grievances and work to maintain the status quo. Dusk gives Found some quick advice on what to expect; lots of dick-measuring and then the ritual of face-saving protocols.
The thirty or so hacienda owner sit at tables arrayed in a semi-circle and TumTum sits on a stool in the centre. Each of them has just one enforcer and Dremmer has obviously impounded all the weapons. He stands inside the front door.

TumTum gives a report on what's been going on since the last summit. No real detail, just the usual valley guff, aspirational stuff really.

The issue of Found and her cult occupying the Serenity Hacienda is the first item of discussion. Tumtum gets her to state her claim.
-I come from the Witchlands beyond the Wolflands to the north. Only I here have seen the glorious spectacle there.
They sit up, this isn't like anything they've heard before
-I'll give you unity of purpose!
Uproar is kicked off by Fuckwit who yells at Found and TumTum about the injustice of it all, but when he goes at TumTum, he uses his stool to beat Fuckwit down, breaking the piece of furniture into smithereens in the process. He asks the summit:
-So, Serenity is held by Found. Any objectors?

Chappie, a skinny tall guy stands up. Talks about how his pop built his hacienda with his own two hands, can't understand how this harlot (pointing at Found) can just wander in and steal land!

The only people who seem to care are against it, and they're not too convinced when Found says that there was no sign on it when she moved in. Dusk laughs at them bringing over a new stool for TumTum from behind the bar.
-If it was so valuable you would have all moved in to take a piece
The neighbours who surround Serenity all look at each other uneasily, they've probably already stolen some land by moving fences or digging new trenches.

Blackjack is the next owner to object; and TumTum needs to let the grievance air, but is looking for a plausible reason to back Found's claim. Bringing some beer back to a few owners who're running empty, Dusk says to no one in particular
-It'd be nice to see a fine building get some use; be a real shame to let the ground run to ruin.

TumTum calms down Blackjack's objections down, and invites Found to the empty seat in front of him. That closes the issue.

Onto the security of Waterhole; everyone must contribute two heavies per month. Found volunteers two of her cult (Steve and Jack are also part of Wire's gang) to take the duty.


The other major issue is the large number of vagrants out of Logger. Rumours of an overthrown hardholder and a lot of crazy shit explains that, but most of the hacienda owners want to keep those people out of the valley. They talk about hiring four guys and a truck and sending them out to block the road, and Snaggletooth even mentions that they could grab some up to use a free labour.

Dusk laughs at them. First off, it'll take a hell of a lot more than four toughs to stop the flood of refugees coming in from Logger. Second, and more importantly to them, if people can't pass freely through Waterhole without getting enslaved they'll stop coming; and then there won't be any market for their corn. Snaggletooth turns on Dusk with a savage look in his eye, but she stands up to him
-Are you any fucking use, or is your twelve year old son ready to rule?
TumTum motions to Dremmer, who calls in Ruby, one of the door guards (one of TumTum's, not one of the ones volunteered by the haciendas) and Dremmer walks over to Snaggletooth to shoot him in the face.
TumTum sits back down, and that seems to have settled the issue.

Next up is the matter of a border dispute between Chum and Johnson, and immediately, Chum just flips his table and goes for Johnson's throat, whose bodyguard gets in the way. There's a flurry of violence between them and Dremmer doesn't raise a finger to intervene; he's not there to protect the hacienda owners. Chum's guy, LT doesn't join in, but Johnson does, kicking Chum in the head and then grabbing the poor unfortunate by the throat, choking him to death slowly. Chum is flailing ineffectually until everyone hears the cartilage cracking and Chum's lifeless body slumps to the floor.

As the summit finishes up, they hear strange music from outside, a calliope with a few strangely missing notes. When they exit the bar, they see a thick fog enveloping Waterhole and through it the sound of many engines. Twenty or thirty trucks, vans and buses drive along the road, with will-o'-wisp lanterns hanging off booms from the vehicles. The unknown convoy parks beyond the market area...


Next Session: Circus
Played by Donogh on Thursday, October 27, 2016