In the meantime, Wire the Chopper has brought her gang off towards Looker on a delivery job. Out there, past the foothills, they arrive at a lone farmstead, too small and too far away to be called a hacienda. A gruff old fat guy meets her, pulling down his goggles as he steps down off his veranda to appraises them.

Wire gets paid to deliver a small weird box. But that night, camping in the wastelands, she has a strange and foreboding dream: seeing the city beyond, a shining pillar of light coming out of it; approaching it an impossible speeds it gets brighter and brighter until she sees a shining ruler sitting on a throne, opening the box to the audience's gasps.


Found the Hocus, recently arrived in the region from the Witchlands far beyond the wastelands to the north where her clan rules their lands through fear and witchcraft- she has fled the attentions of her mentor, who is the only other one there with real power. She wears tech vestments, green to go with her jade accoutrements and green-tinted woad hair. She has claimed a burnt-out hacienda nearby with her 8 or 9 students. The presence there of pink flower which induces apocalyptic visions is a key part of her follower's rituals.

Jaze, one of her students, is missing - the man, who works at the Cobra Hacienda, hasn't turned up to the appointed meeting and isn't to be found anywhere. So she goes looking, thinking to stop by at Watering Hole, where Dusk the Skinner (an sometimes member of her cult) may be able to help. 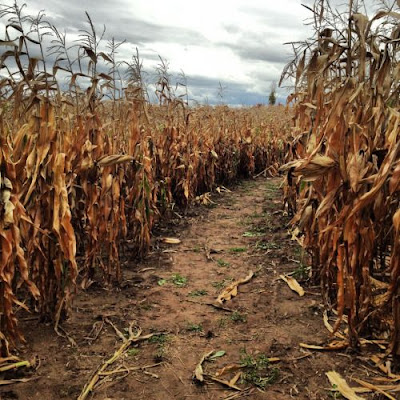 With Fox the Operator busy with Dusk, Kim the Savvyhead goes to work in TumTum's bar looking for sources for the silicate they need for the production of solar panels. Eventually she finds a guy called Reginald, and to put him off the scent of what she's really interested in, she describes a big job to restore a hacienda to its former glory, necessitating copper, slate, fine sand for permacrete and nice gravel. They agree at a price (more than she would've liked) but it'll take a while to deliver the first part of it (thankfully that's the sand).

Chuckles, a worker on the Max Headroom Hacienda, sits down at the table Found and Dusk (who has resurfaced) have claimed in the centre of the bar. Dusk has been telling Found where and when she last saw Jaze; he came through last night with a few people, but didn't stop to chat as he might usually be expected to.

Anyway, Chuckles announces that he thinks they should show him a good time, to which Found looks away (her weirdness doesn't quiet penetrate Chuckles dumb brain), and Dusk tries to suggest that he'll have more luck elsewhere. When he gets a little bit annoyed, Dusk smiles when Wire appears behind him. The Chopper had been throwing knives in the cage in the corner, but her instincts are well attuned to this kind of thing and she marches him out of their way and to the bar (to significant laughter from the rest of her gang) where for some odd reason she buys him a beer (he counts that as a win!).


AT comes in with the rest of Johnson's crew. He picks his moment to show off his new tattoos to them and stands up on a table, bowling over the legitimate occupant for the best spot. Everyone's definitely impressed, and when he climbs down (stepping on the poor unfortunate on the floor) Johnson grabs him to wonder where he got it. He points at Dusk, and she notices his intense appraising stare. He's like many hacienda bosses, a ruthless bastard, and she wonders what form of service he'll ask her for.

There are rumours of some kind of turmoil in Logger. No details, but something to worry about.

In the morning, everyone goes to their stations for the market. Kim the Savvyhead is working out of the back of her van, taking on small repair jobs from anyone who knows to look out for her small pink van. Wire the Chopper is looking for the next paying gig, while her gang are either looking after the bikes, or angling to get some petty thievery done when the place fills up. Even with the four or five hundred expected, they'll need to be careful not to arouse too much suspicion. Found the Hocus is arranging her shows, one at noon, another late in the afternoon and the last at nightfall. Some of her people will be directly helping out, but the others will be planted in the crowd or nearby for intervention in case of emergency. Dusk the Skinner arrives later than anyone, she has no business to do but will just have gander at the stalls and wait for word-of-mouth to bring business her way.

She steps out of the bar in her gorgeous long coat. Pristine oxblood leather with a silver fox fur collar and silver inlaid filigree (reminiscent of her dream catcher tattoos) at the cuffs and lapels. She stops there, the sun is blinding her, but to people nearby it looks like she's posing, and they can't help but stare.

Kim can tell the difference between the Valley and City folk easily. Looks like those from the Valley are more vibrant and healthy somehow. When she opens her brain to find out why, her friends' tentacles drop out of the clouds above and she can make out the psychic echoes as people move around - those from the Valley have more of these echoes.

The haphazard nature of the market area shows in the layout, with many setting up their stalls wherever they could get room to park. Chubby's prize fry is already busy, the Pit is empty - but that'll get busier when tempers fray and drink is had. The Dais is already busy as the first batch of slaves are being auctioned off. Wolf pelts are being sold by the dozen by traders from Logger. A new brewer is selling some decent beer.


Yeah, I got fried. Course it's good. It's got my secret spices, don't it? And it's fried. So what'll it be, friend? What's that? No. No credit. Scram!
Chubby, fry-cook

A long way away, they can hear the roar of bike engines. It's like they've taken the blast caps off. A dozen bikes and a van come in, parking in a v shape with the van in the middle. They're so loud that everyone else there quietens down and looks.

As the newcomers take their helmets off, everyone can see their skull faces (painted on, right?), it doesn't look like anyone knows them. Out of the van are brought a string of captives, bound together and dragged towards the Dais. Dusk spots the leader, even though no one is giving orders, she can tell the deference the others are paying to him. Interestingly, while the others' skull faces are painted on, his is a masterful and wondrous tattoo. She lounges against one of the bikes, despite the initial protestations of those gang members left behind, they don't argue when she doesn't shift.

Found watches the gang deliver their batch of slaves, and is interested to see a different auction break out into a brawl - local tensions are high, but it's probably just traditional rivalries between haciendas.

Dusk watches the leader as he returns from the Dais, looking at him through the psychic maelstrom his tattoo'ed face comes alive and grins viciously at her as he passes.


Next Session: The Summit
Played by Donogh on Thursday, October 13, 2016