in which Vision undertakes a great pilgrimage. 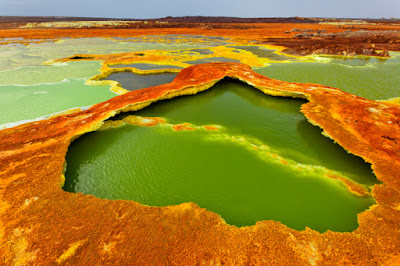 As the group returns to Maersk, there is a relief and a celebratory atmosphere. Travelling through the night to reach home was a gamble, but a calculated one. After some general revelry, Chaplain settles down with Zeke for some serious drinking and reminiscing about Grace, they realise that no one's had any genuine chance for grieving yet. Chaplain knows it's soon, but breaks the news to Zeke that he's thinking of leaving (at least for a little while). He'll stick around for the next Bloody Sessions. He's got a mind to assemble a gang - maybe leave someone else do the heaving fighting for a change. Both of them feel old for the first time in ages, they can't even polish off the entire bottle of whiskey that Zeke's broken out for the occasion.

Vision undertakes an augury the next morning. He looks towards the mountains for somewhere with prospects. A place with a long-term future. He gets a wonderful sensation, from another's perspective of a place, seven or eight miles past the great rock slide. There a pristine structure of shining steel and glass is to be found. Each member of Vision's cult get a good glimpse of the place as well, though from a different viewpoint.

Later on that morning the Exxon arrives on the road, with the usual escort of eight or nine Flames (with Hammer leading them) they park alongside the gate and hook up the pipes to transfer fuel across. This proves great respite to the people of Maersk, those who were wondering about leaving (but who only stayed due to the dangers of the road) breathe a sigh of relief.

Chaplain catches some of the news from Hammer - they just drove through Leafy Hollow, the Exxon had been on a routine run there when they found the gates up this way open, so they just came right up here (while they had the chance). Hammer hears that Lafferty (local trader, young but moved in Norville's orbit and not Dust's) is taking over there. After a bit of digging, Hammer is convinced to take a drive down there and fish around for Chaplain (he expects a few drinks on the house when he gets back).

When he gets back, Chaplain shares the rest of that bottle of whiskey with him - Lafferty's definitely running the show down in Leafy Hollow, though with a first among equals vibe for present; nothing solid. Story is that Mud and Bones high-tailed it as soon as they had a chance the morning after the attack. Hammer notices a new shambling corpse come up the road, and this brings talk around to Swinetown, where the coup showed outside influence - lots of shiny new gear showing up in the wrong peoples' hands. Maybe Parsons, though it's a bit of a stretch; Dust would make more sense.

The next day, Chaplain and Vision (with a few of the cult) head up to the rocky plateau on a scouting mission for this hallowed ground. The metalled road is barely there anymore, it's wrecked and crumbling. It's long walk through the low-lying hills and along the mountain sides, passing a few small mountain streams before they come to a small mountain valley. There, the near-desolation of this region becomes clear. There's a stench of sulphur, and some of the plants seem very strange. Any grasses or low scrub here are scorched and are barely hanging on. Oddly enough, it's the silence which is most off-putting; there seems to be no sign of any birds up here.

Off the road, and well hidden from sight (though Vision knows exactly where it is) lies a large building. It's a two-story concrete and metal block - all of the large windows are covered with metal shutters and even the doorway is bolted shut. This place is completely sealed up. There does seem to be a pulley on the rooftop, but they have to climb up the old-fashioned way to get there.

From the rooftop, there is a shaft and ladders down to the inside. It looks like all of the internal walls were torn down, but the rest is full of various mechanical gear and hundreds of crates, wedged full of stuff.

Poking around, they come face to face with a white-haired desiccated body - it seems much more ancient than any other shambling corpse they've previously seen, and their sense of unease goes through the roof when the rest of the family comes around the corner towards them. They're all oriented on Vision, who can't sense any connection between their bodies and their previous selves. They'll come back next time and set them free outside.

Back in Maersk, they spot someone hammering up someone on a cross at the top of the hold. It's Ba, and she's facing the hold below. Four Trustees with guns stand guard nearby, and they simultaneously nod to Chaplain while suspiciously eyeing Vision and his followers.

Nearby, sitting in a semi-circle of chairs, is Zeke and a few of the elders. Vision confronts him about Ba, but with a certain grimness and very little satisfaction, Zeke fills them in. Ba stabbed Joe-John (a twelve-year old) to death for no damned reason at all. Frankly if Vision had've been around, Zeke would have strung him up instead. He's obviously glad that Vision's taking his cult and going elsewhere.

There's a frosty atmosphere down on the bottom level where the entire cult are shut inside their tent, under the watchful guard of a few Trustees. Clarion tells Vision that Ba just lost the run of herself. She gave him no chance after he refused her sexual advances and her offer to join up with the cult. Clarion's non-plussed that they're leaving first thing - moving on after the havoc erupts is what they do best.

As Vision and the cult leaves the next day, Ba has finally died. But as the last of them pass by, her eyes snap open...
Played by Donogh on Thursday, June 18, 2015