In which a pathway into The City is contemplated. 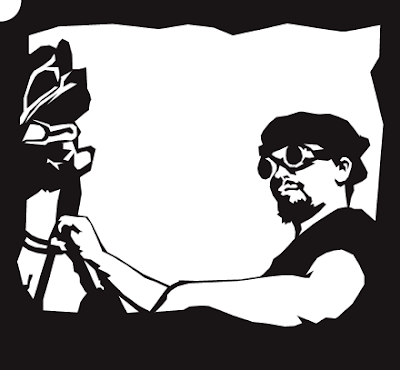 Miss Roberta and Sweeney take the long walk to Jackson's house. Passing through Moon Creek and into the inner citadel, they're stalked by Doberman's people all the way to the front door. They're ushered inside where Doberman relieves them of their weapons and points upstairs.

Jackson's unconvinced by their claims. He suggests that they capture someone high up like Kray or someone else in The City to prove their case.

Alan is nervous, but Drexler keeps him on the straight and narrow til Miss Roberta makes it back.

Lark speaks of the organisation in The City, as far as she knows it.
Foster and Mill are two of the central figures of the Cult in The City.

Drexler suggests a nuclear option, but most want to find a bit more out first.

Sweeney and Lark head to The Bridge. They trade a jar of Codeine for passage inside the wall. Eagle runs the clan which occupies The Bridge.
He identifies Brains as the main man in The City - he doesn't have any truck with them, they've had quite a few run-ins.

Sweeney gets a good look at Jones - all he sees is fire, which seems diametrically opposed to the vision of Ice which dominates The City.
They eschew any thought of interrogation or bribery to get Jones onside, but drop him off on the shore and wish him good luck.
Played by Donogh on Monday, October 14, 2013