In which the Rosa Lee gathers support from holds on The River against the growing pirate threat. 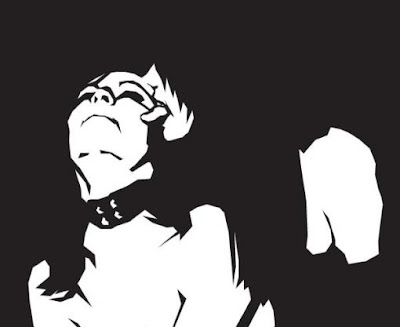 Lafferty, the Rosa Lee's water purification expert comes to see Miss Roberta. He's had enough of the constant uncertainty and anxiety. The pirates have pushed him over the edge and he's wants to move off the boat and into Moon Creek. Miss Roberta listens to his (somewhat unwilling) complaints and tells him to wait - she's got something to show him that'll help beat the pirates into a bloody pulp. She moves the desk and uncovers the box of missile launchers she's just acquired. However the keys are nowhere to be found and she sends down below for Tai. When the Savvyhead comes in the key is found in one of Tai's overall pockets, but when the box is opened there's nothing inside. Tai explains that the technical work's requirements meant they had to be brought into the workshop. At this stage though Lafferty's embarrassed silence says it all.

Sweeney is catching a few last-minute odd jobs. He arrives at the dockyard to find Impala lounging against her damaged hovercraft. Bar and Princy (who's got a jonesing for something as groovy and rare as a hovercraft) repair the damaged skirts without much problem. While they're busy, Sweeney and Impala hook up. At the back of his mind Sweeney reckons that a hovercraft would be useful in hunting down the pirates' lair. They talk for a while about fanboat ranges and likely tributaries and such which could be harbouring the pirates.

As Miss Roberta is preparing for departure, she gets an unexpected visit from Jackson. He's been mulling over the pirate problem a bit more, and wants to run something by her. They discuss the possibility of forming a coalition of river holds to put together a force strong enough to wipe the pirates out, or drive them away at least. Miss Roberta will act as Jackson's envoy and get a commitment to raise one or two well-armed boat crews from each settlement. Everyone will aim to muster up by the Rosa Lee's next return trip and then they'll head out.

Reaching Motherlode, while standing duty for a day Magnus puts out the word that he's looking for someone who might have taken a hook lately. A girl, name of Roark, pipes up for some jingle that a miner she knows is hanging it on his wall, and even knows where the guy's shack is. At nightfall, with a promise of payment, Roark leads Magnus into town, up pretty far towards one of the closed mineshafts. Outside the house, with Roark itching for some scratch Magnus turns on her and insists she tell whether the miner sent her. Eyeing up Magnus' drawn pistol and with nowhere to run, Roark admits that Bondo put out word that anyone sending the Battlebabe his way would be rewarded.

Magnus send the girl running and kicks down the door of the shack, two people are sleeping near a small fire while there's a man sitting against the far wall. Magnus kicks  the brewing coffee pot over the sleeping figures and yells at the man to give up his hook; he glances up at a wall, and while the other two scamper, the man picks up an SMG and lets rip, plugging Magnus in the shoulder, but paying the ultimate price as Magnus unloads his pistol. One of the others runs out the back door, but as Magnus struggles to reload the other comes at him with a crowbar knocking him to the ground. As she winds up for a killing stroke to the head Magnus shoots again. A bloody and bedraggled Magnus returns to the Rosa Lee, requiring medical attention but now with hook.

Carlton is a real bundle of cheer when he calls on Miss Roberta to shoot the shit (and put in his usual offer of a good seeing to!). Carlton lets spill that some of his guys was ambushed recently, one on the way back from Moon Creek and another making a delivery up to Jade Falls. He resists Miss Roberta's attempt to get him to sign up for the anti-piracy effort, he's got problems of his own. After finishing off a bottle of bourbon he's a bit more amenable - if he can make the road to Jade Falls safe he can spare a boat crew or two; and if Miss Roberta could lend him one of her guntrucks in the meantime he'd be able to come up with a boat.

Eyeing up the gold Drexler left under her desk, Miss Roberta calls in Sweeney to have a quick chat. The coincidence of an ambush near Moon Creek and Drexler suddenly coming into serious scratch is too much for her and she pushes Sweeney in a roundabout way for an explanation. Sweeney wheedles his way out of admitting it, but everyone in the room knows what happened.

Sweeney drops into Sun's place as soon as they reach Stolo, he's looking for some relief and maybe even a job. There's some light-hearted horse-trading, but both sides are pretty stretched right now and there's not much give, or even prospect of real profits jumping into anyone's plates anytime soon.

With Vega , it's a different story for Miss Roberta's anti-piracy efforts - she leaps at the chance to give those bastards a bloody nose. Next time the Rosa Lee comes through she'll outfit a crew and a boat to join the effort.

*All illustrations by D. Vincent Baker from the Apocalypse World rulebook
Played by Donogh on Wednesday, April 03, 2013