So, what exactly happened between Kobe and Wire the Chopper?
Well, her plan was to out-manoeuvre and surprise the hacienda owner, intimidate Kobe and her gang and give her own new members a taste of action without a trial by fire. Wire directs her lot to infiltrate slowly, but they bump into a few of Kobe's pickets and there's a small skirmish. Wire, along with Bull, Scabs and Ted roll over the two sentries, and when sounds of their shots carry, Red leads the rest of the gang to press the threat.

Kobe comes out of the main house, fully strapped and packed to the gills. Red has pretty much all of Kobe's gang lined up - her infiltration was so effective that the enemy are all dead to rights.

The maize fields erupt in a roar of over-revved engine and guzzling diesel smoke! Kobe's guntruck comes straight for them. Red pulls the trigger and the rest of Wire's gang follow suit, wiping Kobe's gang out. Kobe screams and goes for Wire, but she is gunned down, the magnum round making a serious mess of her skull. The windscreen of the gun-truck is shattered in a red mist as Red turns her guns on it, taking out the driver and sending the vehicle off crashing through the fields.

Wire has the sniffles as they take control of Kobe's hacienda - this place'll serve as a base while they head out raiding. Plus now they have Kobe's two gun-trucks as muscle and transportation.

They head out towards Logger; there's a small hold at a crossroads outside of the Valley that has plenty of tech and bikes. Red had scoped out another few places for TumTum's shopping list; and they virtually clean them out. When they get back, Wire is feeling sick. 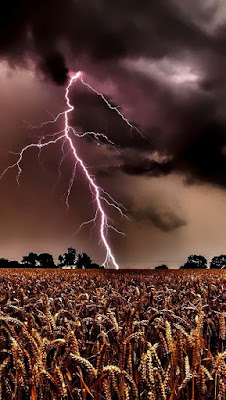 So, if you remember, that angry torch-wielding mob had grabbed Dusk the Skinner out of her bed in the middle of the night.

Wire has brought about half her gang into Watering Hole for market day in the morning, they're outside the hold after visiting Ripper for some doctoring advice.

Kim the Savvyhead is in her shed and she's the quickest to come out into the chaotic space behind TumTum's bar; in her Hello Kitty PJs and gas mask.

Dusk has just escaped the grasp of the two guys holding her and she sprints, taking a route that'll bring her around to the front door of the bar where she's hoping Dremmer will be awake. She sees Kim raising her phazer at the chasing thugs behind her, and ducks. Behind her Kim sees Sundown, who she reckons is the biggest danger and she aims straight at the woman.
*PHAGOOM*
The phazer explodes in Kim's hand and the savvyhead falls to the ground, in obvious discomfort, but somehow not screaming in agony at the wretched mess of her right hand. Dusk is momentarily stunned and is caught again as she struggled to get back to her feet.

She whisper Dremmer's name directly through the Psychic Maelstrom. He's better get here soon. But she doesn't lie down for these fuckers. Again, somehow she struggles free and runs. She doesn't run for Kim, their eyes meet for a single moment; maybe the savvyhead won't be able to help her, or maybe Kim's better off with Dusk going the other direction.

She runs the other way, and that's when she sees the stake set deep with combustibles all round it.

Wire wakes up to the gunfire that broke out when Dusk first escaped, and while she's gathering her gang to go investigate, rushes to the scene when Kim's phazer explodes. They're armed with their pistols and knives.

Kim is hauled aside by Ripper and is getting medical attention to her ruined hand.

Dusk muscles her way through the few people in between her and Wire's arriving gang.

As the two armed groups square off against each other, Wire yells out across the divide
-What the hell is going on?
-She's an agent of Hell and must burn!
comes the reply

A bedraggled Dremmer arrives on the scene behind the mob. He has the punk-hammer but can't see Dusk through the crowd - she's behind Wire pointing out Sundown, who seems to have been the one who stirred up all this trouble.

But Dusk's attention is no longer on the escalating face-down. Further out, in the darkness untouched by the mob's torches, a thin cordon of figures appears out of the dust.

Wire strides through the mob towards Sundown - the erstwhile member of the gang is behind others, as if she's afraid of attracting Wire's attention. The mob parts initially, but one right in front of Sundown fights for her, maybe in panic, but effectively as he shoots Wire in the leg. She spins out to the ground and then the mob close in on the prone Chopper.
She's comes back to her feet, laying around with her machete to make room for herself and then decapitating her opponent. She leaves the blade stuck in his neck and is still in the middle of the mob.

Dusk wonders who these strangers are. The thick valley mud falls off their inhuman looking bodies. But she sense a familiarity, her dream-catchers had reached out to call Dremmer and they feel familiar somehow to her tattoos. One steps forward into the moonlight and she knows the tall gaunt silhouette in her deep memory. It's Midnight, her mentor from the Witchlands. His face is intimidating and menacing.

Wire's gang moves in to break their way through the mob to her. There's arterial blood sprayed on her face from her previous victim and she calls Sundown out
-Ladies and gentlemen, excuse me! Sundown, you bitch! Stop hiding!
Sundown panics and reaches out (maybe guiltily), but it's the last thing she does. Wire's magnum rings out and Sundown's dead, shot in the face.

With medical attention out of the way, Kim still wants Ripper. She suggests they get high on some narcostab together. She pushes Ripper a little by whispering that they're going to heal the world together. That's enough for Ripper, though even to Kim, the sex seems mechanical and detached.


Dusk remembers the last time she saw Midnight. The Mirror-Faced Queen had decided that Dusk needed to die, and Midnight exiled her from the Witchlands instead of carrying out the sentence. What lies he told the Queen, she's not sure.
-Glad to see you child.
-Surprised to see you at all. I'm not really dressed for the occasion.
He looks at her almost naked body and wraps her up with his cloak.
-You've grown. In confidence and the way you affect people.

Wire's crew lays into the mob as soon as she shoots Sundown. She turns to get them to stop, but it's too late and she's never had to rein in her gang like that before so she hesitates and the moment is lost. There's some return fire, before the fight stops, Bull takes a round to his kneecap. He howls with the pain, and in the aftermath, Wire kisses him to calm him down.

Kim regards Ripper on the bed. She can sense truths about the doctor as if she were a thing to be worked on: Dremmer touched her last - she's hopelessly addicted to opiates - her parents were no one of consequence.

Dusk catches up with Midnight.
-Let's cut to the chase. What the hell are you doing here?
-I knew I was needed. We have been walking the world for some years
The coven congregate behind them.
-The Mirror-Faced Queen loves yesterday, but we seek tomorrow. I heard you. You learnt the Call?
Dusk nods, she's had some success with it so far. Though it may have made people nervous and uncomfortable.

Dremmer rocks up, he's really apologetic about taking so long to get here.
-Sorry I wasn't there for you
-Hey, you came as fast as you could.
She steps in close, and holds his hand
-Move in with me
He's surprised, overwhelmed even, but he suggests she move into his quarters in the bar; it'll be much safer and she nods in agreement.

In the bar, Dusk grabs a good bottle of whiskey to share with Midnight. Dremmer is noisily moving her stuff into his room.

In the middle of ecstatic throes with Ripper, Kim had a bit of a breakthrough in her thinking on the lurgy. Seems like she was thinking of it all wrong. Those who open their brain to the Psychic Maelstrom aren't more susceptible. They've mistaken cause and effect. The increased connection to the Maelstrom happens after infection, which is what kills them in a process entirely separate from any brain openings.


Next Session: Bloody-Handed
Played by Donogh on Thursday, April 13, 2017