Wire the Chopper wakes up groggily after a raucous party at Watering Hole. She's tied to a chair and surrounded by 4 tough guys with pipes. AT and Freddie come in with pliers and a hammer. This is Johnson's payback for that happened to Mad Bill (who Fox kicked in the back in that fight over the solar panels at the hacienda). He's wheeled in, he can't walk and it looks like he's had a stroke as well. Wire doesn't buy her way out of trouble, or promise Johnson anything so they take it out of her in blood and pain. They dump her on Ripper's doorstep when they're done.

Kim the Savvyhead is still holding her clinic at Purity. Word back is that no one's gotten sick and then gotten better again. So they start hunting for people who've been in contact with the sick, but never gotten ill at all.

Dusk the Skinner is making a list of those she thinks they can trust with their plans in the haciendas and checking it twice. She's not going to approach anyone now, can't risk word getting out so she relies and her and TumTum's knowledge of the people instead. She's so busy that she doesn't notice for a while that business is pretty quiet, she's not gotten any people looking for ink. Outside she gets a frosty look from Tinkerbell, who won't even talk to her when she calls out.

Then Dustwich's van pulls up and dumps Wire off. Dusk helps her to her feet and into Ripper for some medical attention. "Fucking Fox!" is all the Chopper says when Dusk wonders why the hell Johnson's guys beat her up like that. 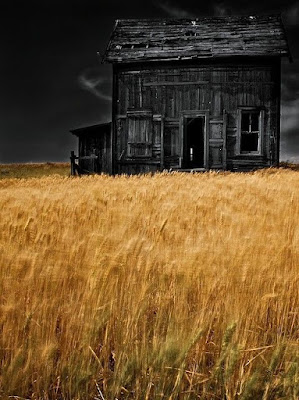 While Ripper stitches Wire up, she tells Dusk that people around have been a bit weirded out by her lately. When Wire is kinda mobile again, Dusk tells her where she sent the gang, and they chat about Wire's plans to take Purity from Pierre's grasp.

In the bar, TumTum is looking antsy, he can't find Putrid anywhere and he's got places to be. Dusk offers to cover at the bar (she knows how things work in the bar).


Kim's investigations into how to fight the disease are going well, at least until the shooting begins. There's screaming from someone right outside her van and she climbs out in her full biohazard gear, annoyed at the interruption. The Purity people are scrambling to get on the bus while others shoot down from the gallery. There are raiders moving quickly from cover to cover along both sides of the road (ignoring Kim).

The raiders shoot and catch more than a few of those fleeing and ransack everything that's not nailed down. Kim comes across one badly wounded person; who she's sure she can save. Opening her brain she heals the woman with just a simple touch, and this freaks out the survivor as the gaping bullet wounds close seamlessly.

Rum's raider withdraw with plenty of booty (after Kim relays that the people of Purity are feeling poorly) and Jayne (the woman she saved) sits up from underneath the tarpaulin Kim dragged over her face. In payment Kim gets her ancient casio calculator watch,

Wire sits near bar chatting with Dusk, wondering where she's going to get a resupply of ammo, especially if her gang are getting involved in some counter-raiding over at Found's hacienda.

Two wiry toughs walk in, dusty from the road. Dusk recognises them after a moment; D and Martinez work as guns/messengers for Lopez. They're confused when she greets them by name, and it takes a whole lot of prompting for them to remember her (to be honest, that's off-putting for Dusk - surely no one could forget her!).

D notices Wire and sidles up to her, looking for a bit of attention. Dusk tells him to back off, raising her sawn-off from underneath the bar. That gets their attention and D walks back to the bar, trying to shrug it off, but it's clear neither of them expected to come within a hair trigger of death in here.

They're looking for Fox, have a message for her - she owes Lopez a load of jingle. The boss doesn't like leaving debts outstanding, no matter how dependable someone's been in the past. Dusk and Wire exchange glances, they can probably live with themselves pointing them in Fox's direction. Dusk tells them that she'll be back as some of her people are still here, so she'll hardly go too far for too long.

Anyway, they're wondering when market day is, they have a shopping list for Lopez - mostly ammo (high calibre stuff) and liquid soap (?). Wire is suspicious, she reckons they're just trying to find out who has ammo to trade and then they'll just ambush them to take whatever they've got. 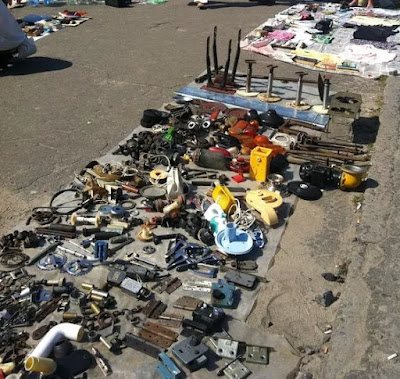 Dusk calls in Dremmer to talk ammo-shop with them - they're a bit intimidated by his collection of weaponry (especially his lovely grenades!). She pours Martinez a drink and they start talking about tattoos - no one in Lopez really does them, it's a Valley thing. Dusk convinces him that if he returns to Lopez with some ace tattoos (the kind only she can give him) Lopez will be hella impressed.

He relents after a while, and in the back she gives him Lopez' tag (the symbol he puts on his stuff) on one shoulder and a white angel wing going all the way down his other arm. He's really impressed and promises to represent her interests in Lopez when he returns.


Kim asks Jayne to go get Pierre for her and the woman, incredibly impressed with the Savvyhead's abilities (weird or not) rushes off to Purity. She wants Pierre to get blood samples from everyone in Purity. This is going to require a full analysis of the entire population. Scanning sick and well and using the patient histories to create a full picture of the development of the lurgy.

After much work, she notices a pattern. More evident in those that did get sick than those who did not. There's a phosphorescence deep in the blood of the infected - and they are the ones who are more connected with the world and more exposed to its weirdness. She peeks at her own blood and its phosphorescence is blinding.

Wire is still recovering but she straps up her leg and jury rigs her bike for the trip out to the rest of her gang in Serenity. See how they're coping under Red's leadership and come up with a plan to curtail Kobe's incursions.

Killer arrives at the bar looking for Dusk - Johnson has a pressie for her, and she'll need to go to the hacienda to get it. She can't leave while TumTum is away, so she gets him to seek out Putrid and bring her back - make her understand that TumTum needs her.


Pierre appears at Kim's van with ten or so well-armed bodyguards. He wonders what she needs from him and he's suspicious when she tells him it's his blood she's after. He baulks when she takes out a needle and when she insists that she needs it he takes out a knife and cuts his hand, pouring the blood into a vial.

She's uncovering more information with a complete picture of the genetic patterns of the Purity populations: newer people to Purity are less susceptible; those with a strong genetic connection to those who've lived in Purity for a long time are more susceptible; the lurgy itself causes damage through contact with the maelstrom. She starts creating a prototype to protect people's brain from infection and to draw out any existing lurgy. It's more like a psychic talisman than a device.


The Serenity Hacienda isn't looking great, a bit run down and no one at the gates. Red and the gang are there. They've got look-outs out and patrols and there's definite signs of some sporadic fighting against Kobe with casualties on both sides. Wire examines the landscape and starts to formulate a plan of attack to give Kobe a bloody nose that'll keep him in check.


D & Martinez have returned to Lopez (they'll be back in a week or so for the market). Killer arrives at the door of the bar and Dusk hears an angry face-off between him and Dremmer. She goes out to find a beaten Putrid under Killer's heel - apparently he doesn't understand the powers of persuasion. Dusk tells him to bring Putrid around to Rippers and that Johnson's good to pay the full charges. He's annoyed but accepts it, but before he goes she gets him to apologise to Dremmer. He bristles at this, but she insists - remember what Johnson told him?

Dremmer is worried about her; when she goes back to Johnson he'd hate if he did anything to her. She nudges him, acknowledging his concern, telling him that he'll have to sleep sometime if it comes to that. Dremmer looks away, like he's hurt that he's not the guy. Dusk doesn't have time to give him a serious sit down chat now; but thinks that his problem is that he thinks he's in the friend-zone.


They drive off to Johnson's hacienda in his battered sedan. It's pretty stifling in there - the air vents are all blocked up because they generate dust like the badlands. When they arrive there a bunch of Johnson's workers are taking down the solar panels. Johnson greets her and suggests that they'll have to get a new car for Killer - one more suitable for her.

He's obviously got something big planned - he looks like the cat who got the cream and he hopes that she'll be pleasantly surprised. They take his comfy car out of his hacienda. He talks about what she told him previously, about stopping the bloodshed. There's burnt corn and signs of fighting, but they drive right up to Chum's hacienda. He gifts her the hacienda - it's all hers now, along with some guards that she can trust...


Next Session: Rolling Thunder
Played by Donogh on Thursday, March 16, 2017