At the Watering Hole

At the main crossroad miles outside of Lopez City, is an old station which is now The Watering Hole. There are a few barns and work-sheds there, and most of the time it's a pretty quiet place. Every month though it's becomes a bustling marketplace, where everyone from a hundred klicks around comes to buy and sell. The main players in this commerce are the Haciendas and the Cities. 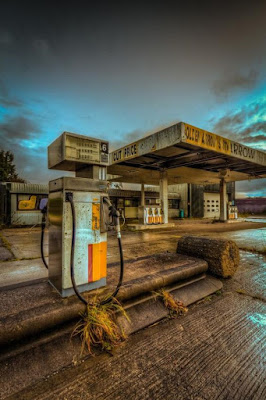 The Haciendas are gigantic farms, growing mostly corn. They use slaves to irrigate and harvest the fields of corn. The slaves retain only the hope that they'll survive their ten years of service and earn their freedom. They accrue tattooed marks on their forearms each year. But there's a black market in faking tattoos and a matching bounty market in tracking runaways and counterfeiters. Most slaves end up there as punishment or as part of inter-city warfare or hacienda raids.

Out in the wilds, some people report mysterious thievery, but the wise are careful of the roaming gangs, and the paranoid wonder about what the foolish call werewolves.

The Scum, those who've had too much exposure to the poisonous water, are much-maligned and a target for much hatred in the haciendas and in Lopez City. Their skin goes scaly and crocodilian, but it's not always obvious.

In and around the Watering Hole: 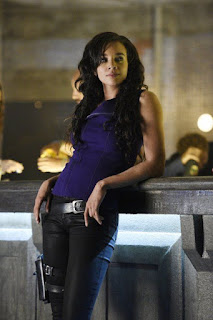 Dusk, the Skinner works out of the Watering Hole's back room. She's a renowned tattoo artist and her ink is a serious status symbol out here. She's pretty friendly with TumTum, who runs the joint and Dremmer, the cute bouncer. They ensure no one takes advantage, but the payment arrangements usually run to credit at the bar. TumTum has the escrow and no one messes with him.

Dusk is friends with Wire, the Chopper. A while back Dusk stood up to Wire and her gang of violent bastard - Wire is pretty straight-forward but she respects that kind of courage. Wire helped Dusk out later on, when a foreman of nearby Hacienda called Shazza tried to take advantage of her. Wire sorted that asshole right out.

Fox, the Operator is in love with Dusk. Dusk can see that, but has recently left Fox down in a bad way. Usually she only lets the client into her tattooing chamber, but Jackson an exile from Lopez was talking to one of his Scum brothers. Fox set up a hidden camera in the room to eavesdrop (to report back his activities to Lopez who ousted the Scum to seize power). Dusk noticed is and destroyed it.

Dusk doesn't really have a relationship with Kim, the Savvyhead. Kim is pretty weird and mostly keeps to herself. Kim reckons that Dusk is the most dangerous to her position (more specifically to her boss, Fox). 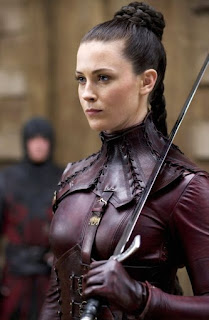 Wire, the Chopper runs a large, though loose-knit gang of bikers. They roam between the cities, pulling jobs as escorts or muscle. Wire started the gang a few years ago to get rid of someone's abusive boyfriend (Jackie) and her good reputation led to a growing gang. Many of the new gang members become her lovers for a while, but it never lasts and there doesn't seem to be any jealously when someone new arrives on the scene.

Bull is her gang's unreliable mechanic, and she recently had to make an example of him after he swapped out parts from someone's bike without asking (or telling) them.

Other than Dusk, Wire is really not that complicated and doesn't really care much about people one way of the other. 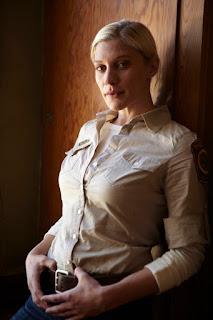 Fox, the Operator, runs a small crew, mostly between Lopez and the Watering Hole. She tries to keep her quarters quiet and away from unwanted attention. Her apartment is a few floors up, but she's well known in the tower despite her best intentions. Larry runs the well and she makes sure he's never messed with. Sanders is the local expert on solar panels and she is always running jobs for him, bringing him spare parts and setting up new installations provided by him.

Other than that, she brokers deals, delivers stuff and does a bit of surveillance on the side. The only thing she won't touch is drugs. She worries about protecting Hans, her mentor. Her crew consists of Brother, the heavy and Kim, the Savvyhead. Kim, amazingly enough, once faced down serious violence for her - taking out her tricorder and weirding the trouble-makers out enough to force them to back down.

She's done quite a few runs to Purity, up in the canyons, the only source of vital water purification tablets/equipment. She doesn't like them (they're all inbred and effete), but the scavs in the foothills are even worse, with their shaven heads and filed teeth. 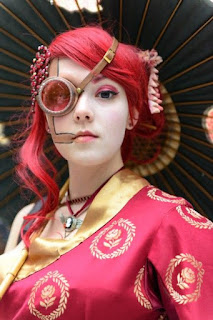 Kim, the Savvyhead, stands out with her high tech gear and bubblegum pink hair. Her small van is a similar shade of pink and jammed with weird ass electronica. Her family used to own a Hacienda, the Moonlit Serenity and she was used to a live of comfort and privilege. However a few years ago, the Maelstrom started talking to her and she killed them and mutilated her baby brother in some bizarre experiment and left.

Back then, she had a knack for jury-rigging tech; the troublesome slaves had tracking devices and the violent ones bomb collars. Needless to say the hacienda descended into chaos before she got very far, and soon enough her obvious talents led to her being recruited by Fox.

The flowers which used to thrive back at her family's hacienda have a connection to the Maelstrom and she uses them to give her hair and lips that incredible pink colour.

Next Session: Lopez City
Played by Donogh on Thursday, September 01, 2016