in which we contemplate the kind of shit sandwich we're going to have to eat. 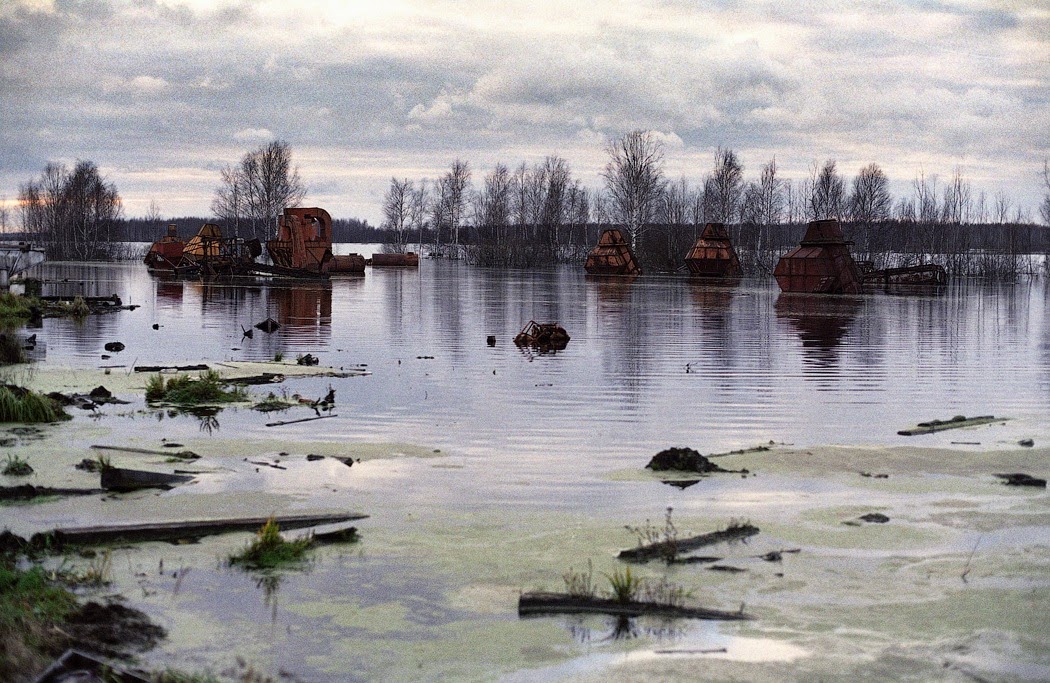 Before the convoy leaves for Gusher, Angel grabs Gabe and gives him strict instructions on a trade he's to do with Parcher (6 mondo antibiotics in exchange for a large supplies of medicines). Gabe sleeps in the back of Chaplain's truck on the way up to Pipehold.

The vehicles (with about twenty people all-told) pulls up a few hours later outside of Alison's tightly controlled hold. They're a day early, so things are a bit frosty at first. But after a few minutes, Alison (resplendent as always) wanders outside to sit down at a little gazebo her people have set up for the meet. She and Olympias speak for a while, mostly about alternative arrangements in case the road through Leafy Hollow doesn't open up.

Chaplain has a chat with Fianelly (Alison's right-hand man), mostly just shooting the shit, but Chaplain does discover that Dust has holed up with Norville (psychologically making good the losses in Norville's gang since the battle with Chaplain outside Maersk).

Fianelly suggests that their convoy takes point around Lookout Rock (where ambushes would typically be set up on this road) and they make their way around to where the Valley and Hill roads meet to join up with the Smelt group.

Crossing the Greenwater Marsh, the smell of rotten meat and the constant annoyance of giant skeeters become the two dominant aspects of the journey. They begin to enter Gusher itself, crossing the fortified levees to get to the hold itself. Across the wide expanses of swamp water, lone skimmers punt around collecting oil for the refinery.

Early as they are, the convoy avoids most of the traffic associated with the Sessions; but still, security is high (someone's taking names of everyone who enters along with a description of their vehicles) - Parcher likes to keep a firm hand on the tiller. They get nice parking spaces near the corrugated iron warehouses that dominate the public area of Gusher and wander into the market after everyone arranges their hospitality for the few days.

Glassjaw Johnson is setting up his tent (he's a purveyor of fine luxe items and antiquities). Charlie is interested to catch up with him; mostly because he wants to get paid for the failed hit on The Beagle. Glassjaw Johnson isn't interested in entertaining him, but does agree on a sweetener if Charlie does the hit soon. Charlie surprised to hear that all of Beagle's men have the same kind of scar as was described to him and starts scoping out his escape options from Gusher.

As they wait for things to really get going, Chaplain and Gabe talk about Gabe's parents; what they went through in the mountains and why they really left Maersk. Apparently they found some kind of preventative cure for the fungal infection which ran rampant in the region years ago.

Vision opens his brain in the marketplace, seeing animalistic locals (sheep and goats) and a few true humans. One of whom is Baa's mother - they have a strange conversation about Vision's real mission. As Vision plumbs the psychic maelstrom, one of Parson's people (from way up north) has a violent fit. His mates drag him away, but it seems like they're aware that it was no accident. Maybe they noticed Pallor open his brain as well, but black out as the crushing fear of isolation overwhelmed him.

Chaplain escorts Gabe in to see Parcher. The grimy and haggard woman keeps immaculate quarters, with a precious tea set. As she eats her breakfast, she listens to Gabe outline the deal. She grins as she recounts how everyone Angel sends has been well briefed - it's like he suspects she'll stiff them on a fair deal!
She makes Chaplain promise to behave; if he makes no trouble, there'll be no trouble. She does acknowledge that Norville is an idiot and Dust is going to be dangerous - but no excuses for any havoc in her town.

They pass LeMieux on the way out - she brews up the petrol here.

Later on, Parson's guys pull out there guns in the crowded pub after their guy falls over convulsing again. They eye up Pallor and Vision across the way. Pallor definitely pegs them as 'looking wrong' but they glare at Vision as being responsible.
Charlie pulls his knives to get everyone to sit the fuck down, but someone on a nearby table clocks him with the heavy stock of a shotgun and he goes down like a bag of potatoes.

Chaplain walks calmly over to Parson's people, hands well away from his guns: "no one wants any trouble here, or Parcher will have our guts". The ringleader with the assault rifle tries to keep eyes on everyone, but quick and calm as you like Chaplain takes his gun off him, getting headbutted for his trouble but turning the gun on the rest of them pretty sharpish and yelling for them to drop their fucking weapons!
Just then Parcher, Rex and a few of the gang wade in. That's the end of it.

The next morning, the commons is properly bustling. The bus from Leafy Hollow arrives, Norville, a few of his gang, and Dust (he's sharper and more wiry than anyone Chaplain has ever seen).

Behind them Beagle's vans arrive, and Charlie perks up - he notices that someone from every gang in the town (but not Smelt, Pipehold or Maersk) visits his tent over the course of the day. He sells some serious hi-tech gear. Of course Pallor cannot resist and splashes out to buy some night-vision goggles from Beagle and a brain relay from Norville (oh joy, what could those be possible used for!).

Chaplain visits Imam - Tran's lieutenant from ThreeHolds. While she's sympathetic towards his actions and fears against Norville and Dust, she won't budge without some serious help. Turns out a box of tablets from Gabe's supply will sway her vote in any move against Norville tonight at the Council.

A monster APC rolls into town, a suited man called Colonel needs treatment for his daughter and Gabe springs into action. She has dull eyes, and a grey pallor to her skin. Her irises have lost a lot of their colour. She has cancer, but also some kind of viral infection. He can't help her, but does suggest that Angel might know some medicines that could do the job back in Maersk. He tries to make her feel better with his healing touch, but catches something in the process.

Chaplain organises a chat with Norville and gets Charlie to agree to name Glassjaw Johnson as the guy who hired  him to kill Beagle in return for getting off scot free. They're talking through the deal with Beagle when a shot rings out and Norville drops dead from a sniper shot - Chaplain knows it's Dust. They are stuck in the middle of the square as Parcher's gang stands to...
Played by Donogh on Saturday, February 21, 2015