In which the Rosa Lee takes stock and prepares to head upriver. 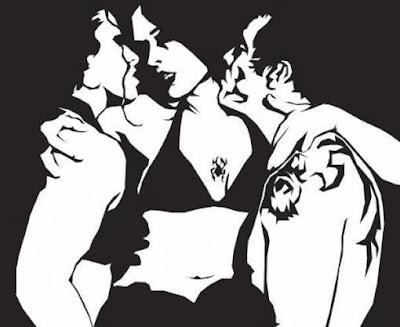 Miss Roberta has a quiet word with Jackson when the dust settles. She lets him know that the Rosa Lee will be going her own way. She's paid her debts to Moon Creek and will operate independently from now on. He doesn't seem particularly happy with the news, but he accepts it with a grimace. They negotiate some kind of a face-saving formula on it, but with the Rosa Lee heading well upriver neither of them are likely to get anything out of the current arrangement.

In the chaotic comings and goings after the battle, the flat boat Bar salvaged is stolen and nowhere to be found, Sweeney is helping him look for it so Princy takes the surviving crew from Raven's Square upriver on his launch.

Drexler has driven off up the right bank with his new gang. Everyone on the Rosa Lee is glad they're gone, but without Drexler around they feel a little bit vulnerable. With losses bringing the Rosa Lee's gang down to perilously low strength, Miss Roberta is keen to bring some new guys onto the payroll. She doesn't want to hire people away from Stolo, but anyone else is fair game.

Sweeney takes Shazza out to Sun's place to buy a few cold beers for toughs at a loose end, but there's only a few bites, and only one gives them anything like a good feeling. Grekkor looks like a solid enough bloke. He seems a little bit wary of Dolarhyde and wouldn't trust his back around Jackson or Doberman (not in so many words, but Shazza seems to be picking up a lot in between the lines). Sweeney gets Grekkor to join his crew and goes back to Miss Roberta empty handed, though Shazza reckons she'll keep an eye out for dependable hard nuts to join the Rosa Lee down the line.

Tai's picking up junk sheet metal leftover from the pirate's hold; reckons the Rosa Lee needs a bit more armour. A few well-protected firing positions on both decks and some ingenious anti-boarding devices round off the work.

Next stop is Revelation Heights, and the mood there is more subdued but there's still a little bit of business to be had. Kray comes aboard for some gambling, his visage is covered by a greasy white hockey mask. He and Sweeney have a ostensibly rambling conversation over cards about pragmatism and the price of doing business.

The Rosa Lee arrives at Raven Square, and Miss Roberta meets with III to give him thanks for their help and sympathies for the death of Dutch. They're happy that the pirates have been wiped out and are looking forward to some better years ahead. III gives her some advice going up river, but mostly it's just the names of a few small holds they'll run into.

Early next morning, it's still dark really, the dawn watch notices something across the river. The sound of engines pulling away and flames on the bank. They gather on the rail and they see five burning crosses, with moving figures on each of them. Sweeney imagines he hears Princy screaming, but he doesn't really believe it. Despite their urge to cross the river now, they all know it could be a trap. They wait as long as they can bear it and cross with everyone they can spare.

Sweeney recognises Princy's gear, even mangled by the fire. The other four look like they're the crew from Raven's Square. As they cut them down Tai cuts into Princy to find a doohickey embedded in his brain. Shit got serious.

*All illustrations by D. Vincent Baker from the Apocalypse World rulebook
Played by Donogh on Wednesday, June 19, 2013