In which we travel further downriver to visit some large holds.


We also meet Sweeney, Miss Roberta's go-to guy and The Operator. He's just returned from a job; for once undertaken without his crewe (of Bar, Princy and Drexler). He'd hitched a lift from Putrid and Amy upriver to Lobsterfill to do a job for Barnum, who runs that hold. He'd wanted Sweeney to run a nutter called 'Lark' off the island, but didn't want any of Lark's friends to give him any heat over it.

Sweeney returned on a small skiff, a bit battered and bruised. He'd gotten rid of Lark, but a few of Lark's friends caught him on the quays as he was leaving; they fucked him up and stole the jingle he'd got paid for the job, but Sweeney gave as good as he got though and they’re none the wiser about Barnum’s involvement. 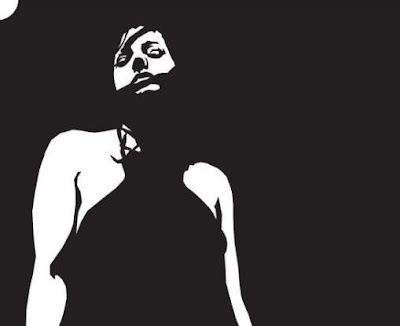 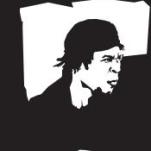 Everyone aboard knows Sweeney; he's a nice guy, not like some assholes who operate on the River. Darkly handsome and with a winning smile (when he's winning, at least) the only thing which spells danger is the wicked knife attached to his webbing. The Operator has a few jobs running, usually they come up at holds along the Rosa Lee's route. A bit of enforcement and some deliveries (Princy helps out with those, he's a hard-ass river pilot), technical work (Bar's the radio-shack guy). Drexler even tags along with there's the possibility that things could go sideways. Sometimes he even needs to spend time keeping one step ahead of The Harridan - she's a basket-case bitch who worked on Sweeney's crewe back in the day.

Everyone aboard the Rosa Lee gathers for Putrid's funeral. Miss Roberta says a few words and when she offers up the deck to anyone else, people shuffle uncomfortably.Amy steps up
-Can't say I really liked Putrid, I mean no one really cared for the man and I always stood as far upwind I possible.
She sighs, struggling for the kind of words that should be said
-Well, he was a good hobbler, he knew every inch of the river and never steered his boat wrong. He'd be happy with that I reckon.

They slide Putrid's body over the side, the river consumes the corpse in the darkness. Some wonder if the Shivers will get it before it hits bottom. The conversation turns to a comparison of times people have fallen in the river (a few bad stories emerge, but the consensus is thankfully few times).

Miss Roberta knows that people are getting anxious, the death of a long-timer and this new settlement have unnerved some. She's taken food and drink out of her personal store to throw a wake for Putrid. People let their hair down for one night, might do some good.

As the Rosa Lee pulls into Stolo, Sweeney is on a deck chair aft resting after his knocks and scrapes, but everyone else leaps into action. Selling and security are the main concerns - as the people of Stolo come aboard, Gnarly's posse are at the gang plank, checking for obvious weapons and trouble makers. There's no real trouble - never is in Stolo, place always seems like a stable settlement.

Rumours are floating around (so Sweeney says - he and his crewe just did a job here installing a new radio antenna) that Dolarhyde (Jackson's man in charge of trade and such) has been nosing around. Vega comes aboard to catch up with Miss Roberta once the initial rush has died down. They have a little tradition - Vega tries to come up with something a little original in return for Miss Roberta's finest bourbon. This time it's a roll of cotton.

The bourbon goes down easy, but Vega's not spilling much on Moon Creek's visit, if only to hint that it's a standard enough approach for a favourable deal on Stolo's rice harvest. She does give warning that they've been zoomed by river pirates recently - a couple of guys in flatboats took a look at the wharf a week ago, but nothing came of it.

Drexler goes ashore to grab a drink, everyone on the Rosa Lee gets a night off. Lo and behold but he doesn't run into a guy he'd thought dead out in the wastes. An older guy, name of Tum Tum who ran one of the other guntrucks on that fateful day when Drexler's posse got wiped out.

Over a few brews, they exchange tales of how they survived that day. Drexler relates how these cannibals were different from previous tribes; not that they seemed smarter of anything at the start, they were equipped with hatchets and machetes as normal. Then as the cannibals split up in the low rolling hills and the guntrucks went to run them down, the tables turned. They ended up in narrow trails where the trucks couldn't turn and then the cannibals played their ace card, guns and grenades. With his crew dead in the cabin underneath him, Drexler took the mounted machine gun and fought his way out on foot. He discovered the wreckages of the other two vehicles on his path to freedom.

Tum Tum's tale was even darker.
-We followed five or six of those fuckers down to a dried-up river bed. We got a glimpse of them a few times but then we saw them disappear into a cave. JDAM stopped the truck and Skeeter got out to take a closer look, that must've been when they set off the mine. I get blown out of the turret and next thing I know I wake up in pain. All of my clothes bar my boots had been blasted off my body. And there's a cannibal crouching beside me chewing on my arm.
He holds up his left arm, or what's left of it at least. There's a few inches of the forearm left, but that's it.
-Anyway I reach for my revolver; old school like you taught us Drexler. Blow the fucker's head off. I stumble back through the wastes and end up floating in a canal. Vega and Avery take me in, though they couldn't prise the gun out of my grip for a week.
Tum Tum grins like he's delivering good news
-They did do me the favour of cutting off the rest of my arm, that shit can go bad y'know...

Drexler puts in a good word for Tum Tum and after Miss Roberta asks around, she takes him on as security - she reckons he's the perfect kind of guy to break up a fight before it gets too serious or steer trouble off without making too big a deal of things.

Sweeney catches a girl out of the public area aboard the Rosa Lee and warns her off. Shazza seems pretty sassy, but maybe it's just Sweeney's unwillingness to bear the pain of getting out of his deck chair that emboldens her. He gives her short shrift to her suggestion that she might stow away, but instead points her towards Bobbie's stall when she asks where she might pick up a 9. She's taking some unwanted attention from one of Moon Creek's dogs who's hanging around and needs some personal protection.

Downriver towards The Motherlode, a rough mining town on the north bank of The River.
The first night out, chaos erupts on board as the watch raises the alarm and it's discovered that Kettle (the jeweller) has gone missing. Two flatboats were seen leaving upriver, but nothing else. Miss Roberta puts on double-watches and holds her breath.

The next day a single boat approaches under parlay. Two pirates, adorned with their cult tattoos and sporting the same dreadlocks hail the Rosa Lee. They name the cost for the safe return of their hostage. Miss Roberta squirms a little but under the anxious gaze of her people she grants them their asking price. A couple of hours later the exchange goes down under the watchful eyes of Gnarly and Drexler, but no signal comes from Miss Roberta and they stand down.

At Motherlode, the crew are on high alert, with Gnarly's posse doing searches on the miners as they come aboard. Even so there are a few full-on fights as they get drunk and pull hidden blades. A couple of them have to be shot. None of this is surprising to Carlton though. He's a surprisingly sophisticated man to be running this place, he has some connection with Jade Falls (where Sweeney recalls he got his knife) but no one really knows what his story is.

At most places, but certainly at Motherlode, Hattie (a mute) runs a card game upstairs on the Rosa Lee. Somehow he keeps everything going and rakes in a lot without fraying on too many nerves. Playing tonight are Sweeney (who views these things more from a networking angle), Carlton (who likes to blow off a little steam, and doesn't mind losing a bit), Newton (a miner who struck rich recently) and Sun (a local bartender who has a lot going on the side), Sally (the Madame aboard the Rosa Lee) and Kray (a guy from out-of-town).

Newton and Sun lose out big time, with Carlton holding his own and the others making up ground. Kray and Sweeney are in a big hand at one stage, and Kray lays out a thingamajig, which he wonders if Sweeney will accept. Sweeney hums and haws but shrugs his acceptance. He wins the hand anyway and ends up well ahead.


*All illustrations by D. Vincent Baker from the Apocalypse World rulebook
Played by Donogh on Wednesday, March 06, 2013