Dusk the Skinner is on the look-out for Jackson. She wants to get Navarre's buggy back to him before she heads off anywhere else. Who though in Watering Hole would be able to point her in the right direction (apart from TumTum).

October is rolling in jingle, apparently he's working over at Madame Cho's now; but he's still got all the time in the world for Dusk. They're that good together.

Kim the Savvyhead is checking in with Ripper for their imminent trip to Purity. Ripper cries off though. She's taking care of the grievously wounded Brother and can't leave him alone for that long.
-Patients trump jobs

Looking around for Wire, the Chopper is nowhere to be found, even though the gang is still hanging around. Red and Sundown are drinking hooch on the bench outside TumTum's bar. Red is acting like the boss (and Sundown is totally into her!). Kim asks her for an escort up to Purity, so Red sends her over to OJ, Gaptooth and Tandem.

Over at the bikes, Marlin tells her that Goldman is sick. Kim is worried that it's the lurgy (since they're both part of the gang that recently joined from Purity). Goldman's been to Madame Cho's a bit (spending that hard-won jingle). She brings him inside her shack, and then sedates and cuffs him to the camp bed. 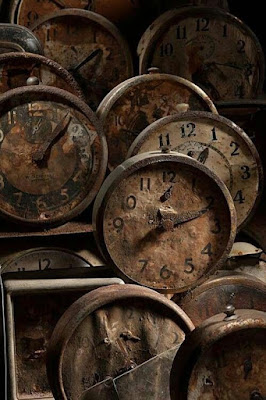 After having spoken to Kim about the problem, Dusk wanders out to see Red. Sundown talks trash and stares daggers at the Skinner, but Dusk just blanks her, giving her full attention to Red. She knows that Red is probably Wire's only rival in the gang. She's the most capable of leading it by herself and doesn't feel that Wire gives her enough respect.

Dusk convinces her that taking the gang to Found's place to protect it from raiders is the best way to prove that she's the second-in-command Wire needs. Dusk knows that she can count upon Red to intercept danger on her behalf in future.

In her workshop, Kim scans the bloods she took from Goldman, and it looks biological and neither trivial nor on file already.

Dusk reckons Balls might know where Jackson is hiding out. Balls is one of Watering Hole's security people, and to be honest it's not like he has any real talents for anything else. He lives next door to Madame Cho's in a brick shack. Dusk wakes him up by banging on the steel shutters it has for a door. He's surprised to see her, but she won't come inside, despite his kind offer of cheap ass rotgut. When he's sure that she's actually friendly with Jackson he tells her he'll send a message out to him; his camp is way out in the wastelands (well on the way to the Witchlands).

The trip to Purity is without incident. Though waiting at the ambush site for Rum's people to arrive, Kim has to convince her bodyguard that they'll be resisting the urge to shoot first if they get spooked by the Marauders. It's bad business and there'll be hell to pay if they kick off without a good reason.

OJ is eyeing up the dead cow in the ditch, wondering if they could eat it (or sell it). Kim is looking at the hideous facial scarring, and asks him straight out what happened (to sharp intakes of breath from the other two). He doesn't like to talk about it, even when she tells him more directly that she wants to know.

The Marauder appear without warning, the first one coming out of the undergrowth feet away from them, carrying a spear and a six-shooter. The rest of them bring a motorbike that needs repairing. While Kim can fix this one in a couple of hours, she knows she'll have to get her hands on more spare parts if this is the kind of thing she can expect from the repair visits.


As Dusk is walking back from Balls' place, Dremmer falls in beside her. He wants her to know that he's sorry about bringing her into dangerous fighting the Circus up at Purity. She winces, telling him that the night they chased the Circus out of Watering Hole was much, much more dangerous.
That stops him in his tracks - he feels even worse that he was bottled up protecting TumTum's place when that happened.
Dusk turns back towards him and takes his hand, telling him that his decision made sense and there's no shame in it. With a smile, she claims she's much tougher than he gives her credit for.
He takes a deep breath
-Hey Dusk. We're friends right?
-Yep
-Oh, the boss wants you
She laughs; giving him some grief about only coming to speak to her because he was on an errand from TumTum.

When she gets to the bar, she challenges TumTum
-You don't need to send Dremmer to come get me, I'm always here
-Clearly he had his own stuff to say to you
-Well, he's a sensitive boy.
TumTum brings her into the backroom - somewhere she's never been before.
There's radio gear and loads of papers inside, some of it's old but some is definitely in use.

He wants to talk to her about the haciendas, and the cruelty that's becoming all too common in their operation. He shows her a hobbling boot, which turns her stomach with its viciousness. She's only been in the hold for 5 or 6 years (before that spending a couple in Lopez) but has always thought that TumTum could deal with everything this valley could throw at him.

He has a book, with the names of everyone in any position of influence in the haciendas of the valley. He wonders how to get them on side. Dusk reckons that convincing them will be slow and unreliable. She suggests that they wipe out the top echelon that they can't trust, and make every hacienda run cooperatively by those who live on it.
TumTum likes the idea of a commune, but wonders how they can cut the head off so many in one fell swoop. Dusk tells him to organise another summit, on the regular schedule, and make sure every boss, lieutenant and gang leader is there.

Kim arrives at Purity, and is left waiting for a while before a voice from up there wonders if she has the doctor. She waves to confirm, and after another while the bus descends from the hold with eight or nine aboard. Two of them are on stretchers and everyone else is wearing scarves across their faces and gloves. The two patients are definitely symptomatic.

She asks them for Doc Robinson's notes and after anyone who may have been in contact with the sick who didn't get the lurgy themselves, she doesn't want to have to go through everything from scratch. They head back to the bus, leaving the two patients with her. After an initial examination, she reckons there's no point in trying anything else (at least until she's got the notes and her cure ready to go).

She switches to fixing the creaky door on the bus and this really pisses them off. They try to get her on the bus to go back with them, but she resists. Force won't work, but she tells them that she had an agreement with Pierre and that they will, each and every one of them, die if she's forced onto the bus - she will refuse them treatment.
Fleece directly threatens her, but she holds steady with her cold threat and he backs down.


Next Session: Bigger Ambitions
Played by Donogh on Thursday, March 02, 2017