A young girl approaches a well-kept house with a box of cookies, the mailbox says 'Thompson'. Her friend doesn't want to call at this house, but she's insistent and walks up anyway. The door opens as soon as she rings the doorbell. A voice calls out from the kitchen, inviting her in. The girl walks inside and into the kitchen. A minute passes, and then a strange shadow appears and a terrified scream rings out... 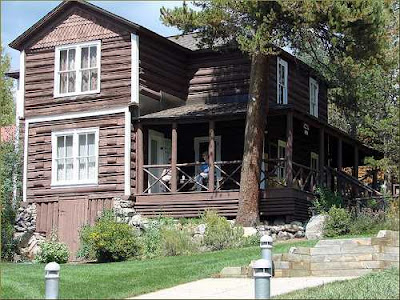 David Browning has shown up in town. He's a cousin (on the other side from Jack). The Monstrous escaped from his family, the Cult, almost as soon as they revealed his destiny and his powers came into their own. His father used to live here, and they used to visit, but stopped coming regularly as soon as his grandfather passed away. He is very weird, and not conventionally charming at all; going from deathly quiet to a bundle of nervous energy as soon as attention moves to him.

His Dark Power is inside his head. Like a devil on his shoulder, expecting his experimentation to end at any moment - he will turn towards his destiny soon. He doesn't know much about its intentions, or what part he plays in those plans.

David meets Jack in her usual drinking hole Jugs. It's the dingiest of dives, and never has any tourists in it, except maybe for bikers passing through. So it's popular with a certain class of clientele. The two cousins are surprised to see each other, and they catch up a little. Complaining about jobs (and the lack thereof) and the way the town is. When he tells her he came here to get away from the weirdness, the conversation moves to the Brownings - given that Jack just found out she's surprised that David seems to know. Hanging around with them isn't what she would call a 'haven of normalcy'.

Rod Weston comes into the bar, just off duty and having a quick beer before he heads home. He comes straight over to join Jack but he doesn't know David (who introduces himself as Jamie).

He glances at his phone, like he's expecting a call from his wife any moment now. They're worried about their 8-year old daughter MacKenzie. She's been acting up the last while and they need to go into school to meet with her teacher and the principal in the morning. (They realise that she's go the Jones name, probably because of rumours and hearsay since Tess' interaction with Rod).

They need to wheedle the details out of him. He asks Jack what age she was when she first threatened to slice someone open with a box cutters? Jack doesn't answer - but David blames her friends, it's bad influences that always cause this things.

Rod laughs - that Alison Wallace is definitely trouble! He's definitely joking, but when David nods earnestly he switches tack, he's sure he's not left any work lying around that might've caused it.

He's getting up to leave when Earl Jnr & Tess arrive. Rod gives Jack a look, like he suspects he's arranged for Tess to ambush him. After the last time, he has no desire for another run in, and if there's something likely to have Kirsten reaching for a box cutter, it's Tess.

As he's awkwardly disengaging, he gets a call from work, and Jack walks him outside (so she can overhear). There's a disturbance at the Thompson house - he'd better get over their quick. In a town this size, there's no way to get over there quicker than him, but Jack gives Earl Jnr. the heads up - she knows he's interested in Mrs. Thompson (after he beat her up in the diner a while back).

They follow him over there in Earl Jnr's pickup. There they see Rod on the porch comforting a bedraggled looking Mrs Thompson in her dressing gown. They decide to take advantage of that preoccupation and sneak inside the house for a look.

David keeps watch from the car, he feels a dark thrill growing inside him, as the Dark Power gets a feel for the what's gone on in the house. It wants more.
Tess can sense something from the house, almost as if there's a spirit inside, created by the evil acts which have occured and festered within.

She can tell that Mrs. Thompson has been freed after some time in captivity, but whatever's responsible for those acts of evil is no longer here.

Earl Jnr. and Jack vault the fence over the backyard, out of sight of the front porch. Earl keeps an eye out for Rod, just in case he does decide to investigate, or to intervene if Jack makes a noise that grabs his attention. Jack gets in, easy peasy. The house looks in a terrible state - like it hasn't been cleaned in months. Dust balls, spiders and grime cover everything.

The stairs is in a similar condition, but there's signs that a body has been dragged through the dust, and upstairs in the main bedroom it's worse. Someone's been stuck in that bed (without restraints) for weeks at least. The smell is revolting.

Jack is going back out when she checks the kitchen, which looks pristine. On the table, there's a heart-shaped locket. She recognises it as Marcie's, who works at the diner. With a sense of dread she goes down into the basement where she sees Marcie's remains in a skip bag. The body is mostly devoured, as if by a creature with giant claws and a maw to match. 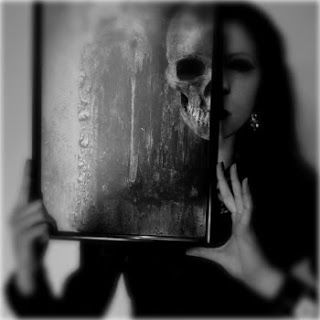 She's talked to Marcie recently. She's been calling in sick the last few days. But this body has been here longer than that.

They sneak out and exchange notes with the others. The little devil inside David revels in these details, and wants to see the carnage, but he just nods along with the others as they decide what to do.

Tess decides she needs to read Mrs Thompson's mind, to find out exactly what's happened here. She walks up, breezing through Rod's good instincts (with a healthy does of luck) asking him what's gone on, but using that to prompt Mrs Thompson to think her answer.

She sees glimpses of something attacking her, overwhelming her in a horrible dark mess. And then it leaves, having taken another form. That of the young girl scout, MacKenzie Jones. Flouncing down the stairs with her boxes of cookies, to rejoin her friends on the way home.

They return to the Browning house to hit the books, to find an answer to how to defeat this Doppelganger. Earl Snr's library turns up a couple of useful avenues of attack. Firstly, that oak wood directly attacks the Doppelganger's ability to change or maintain its form. Piercing the body with a stave or wrapping it in oak rods could force it to revert to its original shape.

Secondly, even though it can take on a new form after studying its victims, it can only maintain it in the longer term through taking some kind of treasured keepsake from them. If the keepsake is destroyed in a ritual fire then that form will be lost to the Doppelganger.

Armed and forewarned they debate their approach. If they try to take the child in the open, it will raise every red flag, and they probably can't survive that. They have to be sure of what they're dealing with, so no stabbing with spears until they know. Every moment they wait gives the Doppelganger another chance to switch form, let the trail go cold and wreak even more havoc.

So they decide to strike in the middle of the night, in the Weston-Jones house.

Jack breaks in, as quiet as she can. If Rod hears them breaking in, they mightn't survive the encounter. She waves the others in, Earl Jnr. and David will take Rod & Kirsten's bedroom, with her and Tess taking MacKenzie's. She double-checks to make sure they're all wearing their masks and have no identifying signs showing.

Earl Jnr kicks in the bedroom door, shouting at Rod to not make a move. Bleary-eyed the deputy went for his gun before he even woke up, but his brain catches up and he moves his hand away from the bedside locker and in the air. Kirsten cries out in panic, but quietens down as soon as David's gun tracks her.

Earl ties them up with the oak saplings, keeping a careful eye on them for any changes or reactions, but there's just confusion, and worry as the parents hear the other hunters enter their daughter's room.

Jack and Tess enter MacKenzie's room, they see her curled up in bed and then her eyes open. There's a moment of uncertainty from both sides, and then she scrambles out of her bed and towards the window. They rush to grab her before she can climb out the window and then they tie her up with another set of oak saplings.

They put her on the floor near the door and wait, as time stretches out unbearably. She struggles and screams for help. But then she stops as Earl enters to help out, sitting on her to put on plastic restraints. Jack is searching the room for the collection of keepsakes, eventually moving out and into another room.

David steps back into the doorway of the parents' bedroom to check on them. Keeping a gun pointed at them, sitting on the bed. Past Tess in the doorway of MacKenzie's room, he can't see what's going on inside it. Rod is staring at him, but throttles down the aggressive intent when David points the gun back at him.

Earl's nearly done when he sees the girl's limbs slowly change. Morphing into slender washed out grey legs, with wicked claws at the ends of them. He doesn't spot the long stinger emerge above him, but he leaps off, bringing his trusty peacemaker to bear. Firing just as its claws rip his chest open.

It moves to escape, but Tess calls forth a magical ritual to bind it in place until Earl can get back in the fight. When he does she releases it and directs a hateful hex at it. Earl takes a stinger in the chest, and that makes him very woozy.

Jack finally finds the keepsakes, about two dozen carefully wrapped in a disused briefcase in the home-office. She hesitates at how to destroy them, but David joins in throwing them on the floor and stepping back to unleash black flames from his fingertips. Jack searches the house for the real MacKenzie, finding her curled up in a ball in the attic.

With nowhere to run, the Doppelganger charges at Earl, leaving him bloody and at death's door, but it is slain itself by the combination of attacks by the Browning siblings.

Jack deposits the unconscious girl on her parents' bed.

On the way out, David whispers in Rod's ear that he'd better not chase them. They just saved his daughter from a monster and they should be thankful. David thinks he's impressed him, but Rod just stares to take in every detail (specifically David's shoes).

They run for it.