Kim the Savvyhead is fixing a solar lamp for some out-of-town scrounger when one of the Skeleton Crew, name of Bones, tries to cut in line, but Kim pulls out her phaser and tells him to get to the back of the queue. The weapon is weird, powered by the maelstrom and only has a few charges in it, but Bones takes the hint and gets back in line.

Fatz, an old woman who runs a 'lost and found' stall, comes up with a water purification tank. The motor inside is overheated and charred. Kim finds a 'misplaced' screw from a panel in the cogs and reckons it must be sabotage. Fatz identifies Greasy George as the prime suspect, so Kim just tells her to go back to her stall and see if anything's disappeared.


Later than evening, as the fog rolls into Watering Hole, Kim spots smoky fires outside the hold, and quad riders popuring diesel on them - they're all in black and wearing masks. Eventually, two of the local security goons intervene and the quad bikers ride off in a wide arc around the hold. Kim reaches into the psychic maelstrom, and can hear them wondering if they should've set more fires, but while they wish that the goons hadn't intervened the boss should be happy enough with them.

As the convoy pulls up and the fog sweeps through the hold, there are sounds of ruckus, gunfire and fistfights breaking out. Dusk the Skinner raises her eyebrows at TumTum, but doesnt wait and wanders the few hundred yards towards the circled convoy. The vapours are nasty, but Dusk shruggs it off. She sees Wanger and Yozo and a dozen more stringing up someone on a big billboard halfway there...

A couple of the Skeleton Crew are setting a small stall on fire in the market square. When the owner tries to intervene they throw him on the flames as well. Kim drives to a safer part of town, but sees a security goon there shoot somebody walking by for no particular reason. 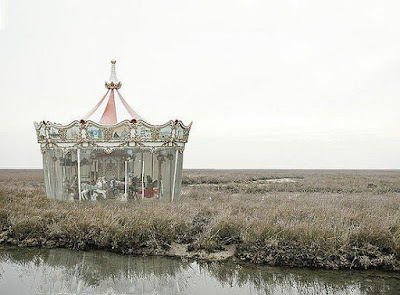 Fox the Operator is fishing for information about Logger and still trying to sell her wares. Fernie Bill is looking to buy one of the solar panels, but she doesn't want to see for a knock-down price so, contrary to the advice of Brother, she follows the well-dressed weasel avross the highway ot where Fernie says he's keeping his jingle safe. Finally at the verge of the highway, she has second thoughts, and starts to walk away. Fernie Bill entreats her, but Brother sees his three mates standing in the long grass beyond and even when Fernie offers to up the price, Fox plays hardball and tells him to come to her truck to do the deal.

On the way back, she breaths in deep lungfuls of the corrupt air, and gets pissed off - she's hearing the loud howling of wolves.

Kim, almost overcome by the smoke pulls on a gas mask and starts to assess the chemical composition outside her van. It's full of hallucinogens, and beyond sedation there's no cure except to remove the smoke and give people time. She plugs into the psychic maelstrom and sends out a message to all who're paying attention nearby to put out the fires. Within minutes she spots disparate groups of people rushing towards the flames to quench them.

Dusk sees that Yozo is leading the effort to string up Dupriy. She has a bright yellow mohican (set off on one side of her head by a tattoo of half a brain). Dusk tries to distract her and get her away from the mob to talk her down, but Yozo just shouts out
-Hey assholes, we've got another victim!
Dusk pulls a small knife out of her coat's sleeve and grabs Yozo, but the woman won't quieten down so Dusk cuts her throat and leaves her bleeding in the dust. The rest of the mob don't follow her for long, and go back to stringing up Dupriy. Keeping a nervous eye behind her, Dusk keeps walking towards the encircled convoy and is left alone.

Back in Watering Hole, Fox and Brother pass by Chubby, who is looking at a dead body on the ground and then drags it back to his stall - any thought of saying something is put out of Fox's mind when he shows her his cleaver. No dinner at Chubby's tomorrow, then.

There's bunting and lines of lights up around the circle of trucks, and inside it people are raising a gigantic tent. There are a couple of people standing around at the entrance, but Dusk just breezes past them. Glancing around for someone in charge, she just spots a couple of clowns supervising. When she tries to talk to him, he just pulls this maddening mime shit. The clown isn't really responding when she looks threatening either, but when she tells him that the boss will be pissed if he turns her away, she catches a sideways glance at a nearby bus. She tells him that she'll be back later for the opening, and when he turns away, she makes for the bus.

Fox and Brother talk about getting out of town, it's too dangerous for comfort. They head back to the truck and then they'll swing back around to TumTum's to pick up the solar panels in escrow. There's a small riot around the back of a flatbed truck and Brother swings his shotgun around and starts loading it up from his bandolier. He helps fight their way past the riot, and he has to shoot down a few guys, including unloading on one poor unfortunate who made the mistake of hitting Fox. They reach Kim's truck, but then they see a werewolf rear up nearby!

Kim knows it's just a wolf, her gas-mask is proving effective against the hallucinogenic smoke. Fox turns to empty her pistol into the beast, but Brother is in the way so she hesitates. Kim rolls up the window of her van as it goes for Brother, and the bodyguard guns the wolf down.
Kim quips
-If you're finished with the dog?
-Dog?
Brother is confused and wipes the welling blood away from where it bit him.
Fox jumps into her truck and tells them they're going back for the panels and for Dusk.


Dusk climbs the steps into the bus. The dozing guard sitting in the driver's seat jumps up
-Goddamit!
He doesn't want to let her past, but after she reassures him that she won't get him in trouble, and won't get the circus run out of town, he gestures for her to walk through the curtain separating the driver's section from the main cabin, telling her that Mimi, the boss is in the back.

At TumTum's bar, the doors are shut and the shutters are barred. There's no sign of life inside. As they drive slowly by, looking for any signs of TumTum or Dusk, they hear noise on the roof of their vehicles - but it's a swinging dead body tied to the market square canopy.

Kim reaches out for Dusk through the psychic maelstrom; inside the bus, the eightsome is like an antenna for that psychic attention. Kim's self, her consciousness is elongated and she can communicate with Dusk for a moment
-Sure, come pick me up

Dragging herself away from the fun, Dusk dresses and enters Mimi's room. It's more like a dressing room than anything else, but there's a large bed at the back. Mimi is at a dressing table, in scary intense clown makeup.

Dusk sits on the bed, and tells Mimi he'll have to cut the shit out with the hallucinogenic smoke if he wants his circus to stay in town. Though he denies all knowledge of it, he agrees. Dusk walks out; the clown who let slip Mimi's whereabouts gets a stern talking to as Dusk passes. Kim and Fox pull up outside.


Next Session: One Night Only
Played by Donogh on Thursday, November 10, 2016