The Brownings live in the small town of Grand Falls, Colorado, located on the shore of the Spirit Lake where the north inlet runs into the lake. They've been hunting monsters in the mountain range for generations... 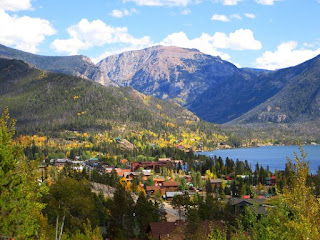 Earl Snr., "Paw" Browning is The Expert. An older man with a lined face and wearing outdoor clothes. Not too charming, but sharper than most would expect from an old man. He's often right and always prepared.

His haven includes a lore library, an infirmary and is protected by wards. 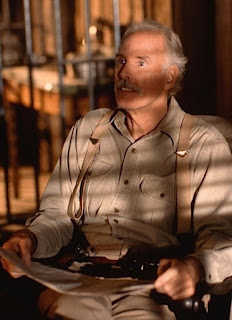 > He lost Beth, his wife, in the house. Years ago when the kids were very young, shortly after Earl Jnr. was born.

> Both he and Beth were monster hunters before, but he was only tangentially involved - the terrible tales he heard from his father never really stuck with him. The night before it happened he dreamt of the Man of Shadow. That night when he saw a stranger approach the house he tried to do a ritual to keep him out, but he didn't have the expertise or the preparation.

> His father told him some really crazy stories, that he really only started to believe after Beth died. He passed along tales he heard from locals, from the Ute tribe who named the lake, who said that those who hunt in the mountains become the hunted.

Tess Browning is The Spooky. Earl Snr's daughter, and a few years older than her brother Earl Jnr. The woman has dark eyes and wears goth clothes. Makes up in weirdness what she lacks in toughness, She is telepathic, can hex and has the sight.

That power comes with some serious downsides though - secrets, mood swings and hallucinations hint at its unsavoury source. 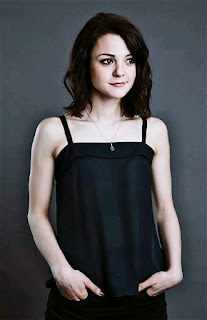 > The night when Mom died was the most terrifying of her life. The whole house shook, and black smoky energy imploded to take her away.

> She dreamt about it and tried to tell Mom & Dad. But they just tried to calm her down (obviously they didn't believe her). That's why she tried to push her powers so much later on, she now knows that she couldn't have helped.

> She moved away for a while, to Boulder. She came back because of the dreams, in which she saw a tornado of crows destroying everything.

Earl Jnr., is The Wronged. In his late 20s, the veteran marine wears surplus gear (albeit in good condition) and has hurt eyes. Tough and charming, but not weird at all. He knows his prey (possessor spirits) and swears Never Again, and what doesn't kill him. His signature weapon is a hand cannon.

He lost Tommy (his boyfriend) and Reggie (his best friend) to a baleful spirit years ago; he was in denial and selfish. 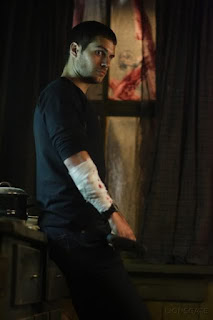 > His best friend Reggie (Regina) got possessed by some mysterious spirit when they were just out of high school. She seduced and then murdered his boyfriend Tommy in a fire. At least she kept him from escaping.

> After that he ran off to be a marine, and a complete badass. He did a couple of tours. One jarhead buddy called Samuel didn't quite come back right.

> When he fled the fire where Tommy died, he saw Reggie's face change - that's when he knew. It was Pete's face, who worked in the garage (and was a rival for Tommy's affection) but who hasn't been seen since.

> He worked with a powerful local vampire, Velasco. A mob was moving in on the territory (especially with a view to taking the vampire's house and priceless paintings) and Earl Jnr. took care of them (and not in the Mary Poppins kind of way).

Jacqueline "Jack" Diggs is The Crooked. A cousin to the Browning siblings, and a few years younger than them. The young woman has watchful eyes and wears street clothes. Not very weird at all (it's all new to her) but sharp as a tack. She's a burglar, but with friends on the force and has a firm home ground advantage here.

A police detective, Donahue, has made it a personal goal to put her away - he's just a good cop. Rex Harrison III, the mayor, is someone with special powers who she took advantage of. She discovered the real underworld while burgling the Dempsey house - they're werewolves and came after her. 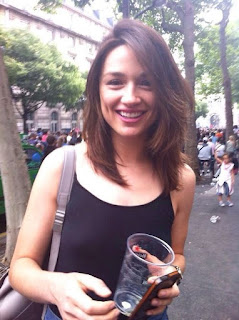 > Detective Donahue is a straight up-and-down, by the book good cop. He hates that she has friends in the Sheriff's office who turn a blind eye. With her contacts in the community, he's never able to pin anything on her.

> She's a 1st cousin through Earl Jnr & Tess' mom. Her mom was Beth's sister. That side of the family thinks Earl Snr. killed Beth and buried the body somewhere. A few years later, her own Mom killed her Dad in a domestic dispute (actually in self defence) and she was fostered.

> She was warned off going anywhere near the vampire Velasco. His big, richly appointed house would be prime for burglary. But he can't be all bad. He doesn't feed off or kill humans. A tall, almost emaciated white guy.


Next Session: No Right Turn
Played by Donogh on Thursday, January 24, 2019