On the Road to Somewhere

in which shit gets real.

There's a growing rift between the peaceful and violence-mongering sections of Vision's cult. Vision, the Hocus' nights are consumed by nightmares, as he senses that he must explore the winding paths on the mountainside.

Gabe, the Angel is coming up with a cure for the plague. He needs: a viable sample, to figure out what makes it tick, and to expose himself to the danger.

Vision heads to Maersk to get a motorbike and some fuel (for his exploration fix). Olympias is organising a crew to put up a ramp to make the route up practicable. On his return, Vision hears shouting from inside his hold. Mary-Kate has just brained Dual with a hammer, and Vision has to appeal to family values! Lamentations ensue, and he reasserts his control over the troubled settlement.

Gabe's examination of Vision shows that the virus is not active in him, but that his blood is no longer human. 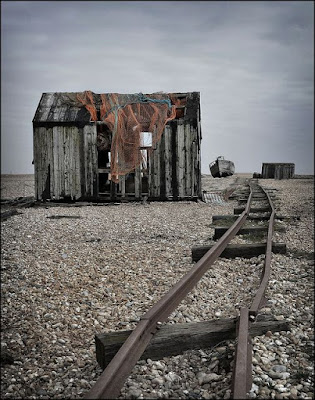 Charlie, the Battlebabe limps into Tri-Hold North. He's not recognised without his signature hat and coat. Security's tight (there are 4 armed guards instead of the usual doddery old fella at the gate). He panics a little when he hears the sound of powerful bikes behind him. It's Hammer escorting the Exxon on its delivery here. It's an awkward meeting, Charlie feels like Hammer doesn't really think he's too special and didn't even realise he was here. Charlie is thirsty and Hammer tells him there's plenty to drink in the cab. Somehow he talks Hammer around to help him out.


Chaplain, the Gunlugger is on the warpath. Tran's motorbike's head off down the road to spot the ambush, but there's nothing on the road, and they get all the way to Tri-Hold South without seeing anything. Li is there waiting for them, all kitted up and no party to go to.

Chaplain tells his gang to rest up, something will come up. Beagle drives up in his mini-convoy and words are had with Chaplain, who's gone to meet him alone. Beagle acts like Chaplain should be grateful for his work on Leafy Hollow, but Chaplain disagrees. Killing them after Dust was gone was neither the letter of, nor the spirit of the agreement. Beagle goes to his usual weaselly chat, but Chaplain's having none of it.

He turns towards the rearward van, where Beagle's weird-ass helpers and all the gear are and unlooses a grenade underneath it. It explodes in a fiery ball, and the armoured van keeps everything inside so that no one can escape the mere moments of agony they have remaining. After an eternity of shock at the screaming and carnage inside, Beagle runs to the gates of Tri-Hold. But they're not letting him in.

Chaplain calls him back, and Beagle is terrified, but walks back to him anyway. Still feeling the heat from the burning van, Chaplain tells him the revised deal. He'll provide a nice shiny silencer for his rifle and that'll be the end of it. Beagle gets it out of his remaining vehicle and drives off, still cowed.

Gabe, on the way to Gusher, passes everyone leaving. Are the sessions over already? Looks like there's been a coup, and Parcher's been fucked out of it. Parsons' people backed it, showing up after dawn; Dune opened up the gates for him. Parcher's remaining loyalists are coming back in after the hunt for Charlie and there's a stand-off.

Gusher's gate is held by Reg and Parcher's people. The gate's closed, but Gabe convinces Reg to let him in.


Charlie wakes up. Hammer's looking concerned. He has no loyalty to Parcher, though Kim (the Exxon's her baby) is not happy about that. Hammer's thinking maybe he'll head to Maersk. Sell his services there.


Gabe is heading to Tri-Hold South to catch up with Chaplain. Reg and the other guys at the gate would be very interested in his location! When Tran arrives back, he gives them the all clear inside Tri-Hold. When Gabe tells them what's gone on inside Gusher, he reckons news of trouble inside Tri-Hold was just a move by Parsons to get him and Chaplain (and their two sizeable gangs) out of Gusher while he made his move against Parcher.


Vision's dreams are getting worse. He drives up the mountain on his bike. Always heading in the right direction. He comes to a huge crater in the side of the mountain - must be a klick wide. In the rubble, there are 70 or 80 of the dead clawing at it, trying to get deeper.

He feels at peace here. The only thing that can be improved upon this beautiful thing is organisation. He directs them as best he can, and then heads back, where he finds that Clarion has returned.

Eggers and Soss (who reveal their true names are Bill & Ben) find this all hilarious. In years of searching high and low, they never found the Mountain. They just had a few pieces of it - they left it (a jagged piece of metal) in Gusher, in the water pump house to do its work - it'll turn everyone who passes through the hold within a few months.

Their ranting becomes even crazier than usual - Vision starts to see some drawbacks to his way of living. He consults with Clarion, and for once she's the voice of reason - she agrees that they're fucking wacknuts.


Near Tri-Hold, Gabe does his blood-test on the guys, to discover that Charlie (who had been infected) is not human, but Chaplain still is.